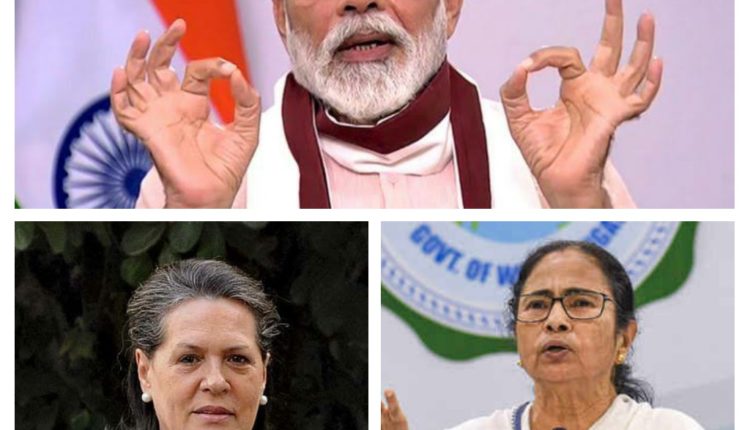 Politics can never be put on hold, come what may. Those who thought that corona virus-triggered crisis would keep the predatory instincts of professional Indian politicians in check were only fooling themselves. Politicians, in fact, specialize in making capital out of human misery and what better time than this when the entire nation is reeling from a pandemic blow that threatens to paralyze its economy, leaving lakhs of migrant workers, who have always lived below the poverty line, without any means of livelihood. TV visuals of desperate, home-bound migrants trudging miles on foot have moved many.

The outpouring of sympathy for them was only to be expected and politicians could not have been left behind in this. The Congress, however, went a step further and offered to pay the train fares of the returnees who were being charged for their bus and train journeys back home. Some reportedly begged to pay their fares. On the face of it, the country’s Grand Old Party had made a noble and magnanimous gesture but soon it became obvious that it was actually aimed at embarrassing the Modi-led NDA government at the Centre, which was forced to issue a clarification that 85 per cent of the travel cost would be borne by Indian Railways and the remaining 15 per cent by the states to which the labourers belonged.

In fact, Congress President Sonia Gandhi turned the knife deeper, accusing the government of spending nearly Rs 100 crore on the welcome of American President Donald Trump in Gujarat but not showing any sympathy for the hapless labourers who, bereft of any means of livelihood in the wake of COVID-19 crisis, wanted to go back to their roots.  She even took a dig at railway ministry’s donation of Rs 151 crore to the PM-CARES Fund, which has been the favourite target of Modi’s opponents ever since it was set up ostensibly to deal with distress situations such as the one created by the corona pandemic.

Congress has questioned the very existence of the fund that reportedly raked in thousands of crores of rupees within one-and-a-half months of being constituted. The party wondered where was the need for PM-CARES when the Prime Minister’s National Relief Fund (PMNRF) serves the same purpose. Congress Lok Sabha member, Shashi Tharoor, who has a way with words, wrote on his Twitter handle: “Why not simply rename PMNRF as PM-CARES, given the PM’s penchant for catchy acronyms, instead of creating a separate Public Charitable Trust whose rules & expenditure are totally opaque?” “@PMOIndia you owe the country an explanation for this highly unusual step,” the Thiruvananthapuram MP added.

Some have seen a ‘self-aggrandizing’ design in the naming of the fund and asked if a national tragedy should be (mis) used to enhance the cult of personality. Maverick West Bengal Chief Minister Mamata Bannerjee, one of the fiercest critics of the Prime Minister, donated Rs 5 lakh from her own ‘limited’ resources to PMNRF while steering clear of PM- CARES which many Trinamool leaders think would turn out to be controversial once the COVID-19 pandemic dust settles down.

Mamata also has other bones to pick with the Prime Minister and his deputy, home minister, Amit Shah, who recently criticized her for allegedly not cooperating with the Centre in running special ‘shramik’ trains carrying migrant workers from different parts of the country to their home states. Her nephew and Trinamool MP Abhishek Bannerjee hit back, saying the home minister was spreading lies. This debate could drag on for some more time.

The problem with politicians is they are perennially looking for chinks in their rivals’ armour. They launch an attack the minute the rival lowers the guard. Such is their blood lust that it often blinds them to national interest. Tragic but true.