Poor Performance Pushes Bhubaneswar From No 1 To 22nd Rank 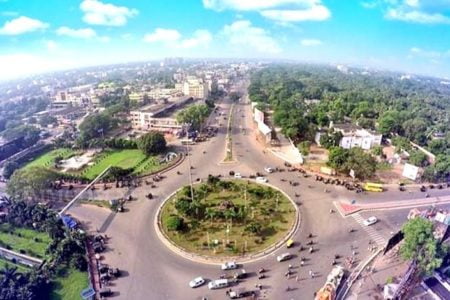 Bhubaneswar: Catching the eyeballs at national arena by emerging topper in the Smart City challenge five years back, Bhubaneswar now holds lowly 22nd position behind Tumakuru and Amaravati. Further, poor performance has brought down the fund under Smart City Mission.

The dismal performance of Bhubaneswar can be gauged from the fact that it has been able to complete 24% of the projects which were started under the Smart City programme in 2016. Similarly, about 31% projects (by value) in Bhubaneswar are still in tendering stage, according to the data generated from the Ministry of Housing and Urban Affairs.

While the capital city has slipped to number 22 position in 2021 from first rank in 2016, cities like Udaipur, Kota, Tumakuru, Salem, Kakinada, Varanasi, Ranchi, Ajmer and Tripura have raced ahead of it in overall performance.

The authorities in charge of Bhubaneswar Smart City cannot blame fund constraint for the poor show as the Centre has released Rs 392 crore to the city while another Rs 100 crore remains unreleased due to its sluggish financial performance.

On the other hand, Kakinada, Surat, Indore and Bhopal that made it to the list of smart cities along with Bhubaneswar in 2016 have already received full grants from the Centre.

Such has been its performance in last five years that the city has been transferred  Rs 392 crore crore grants compared to Rs 490 crore to Surat, Bhopal and Indore, Rs 485 crore to Kakinada and Rs 441 crore to Vishakhapatnam.

The Bhubaneswar Smart City Limited (BSCL) has approximately Rs 190 crore unspent balance and is entitled to an additional Rs  100 crore each from the Centre and State which totals to Rs  390 crore which has to be spent by March 2023.

In last six months, Bhubaneswar spent around Rs 11.6 crore a month compared to an average Rs 20 crore by 20 other cities. Belagavi, Tumakeru and Visakhapatnam have spent an average Rs 30 crore during this period.

The drainage and sewerage improvement projects should have been accorded more priority. Besides the Area Based Development (ABD) area of Smart City projects in the capital which is only 3 square km is too less and little efforts have been made to expand it, TNIE quoted the Ministry sources as saying.