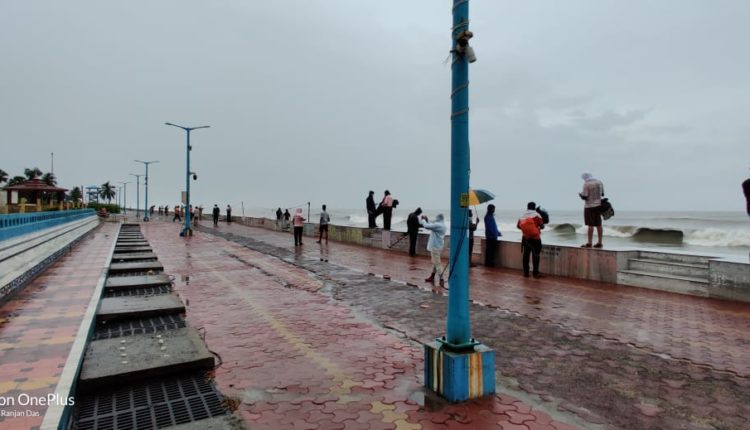 Bhubaneswar: With the likely formation of a low-pressure area over the Andaman sea during next the 12 hours and its intensification into a cyclonic storm over the central Bay of Bengal around December 3, the India Meteorological Department (IMD) on Tuesday issued heavy rainfall warning for Odisha.

Under its influence, rainfall activities will commence from December 3 evening/night and heavy to very heavy with isolated extremely heavy falls is very likely during December 4-5 in coastal Odisha and adjoining interior districts of the state, the IMD said in its special bulletin.

Squally wind speed reaching 45­-55 kmph gusting to 65 kmph likely to commence along & off North Andhra Pradesh – Odisha coast from the mid­night of December 3 and increase gradually becoming 70-­80 kmph gusting to 90 kmph from December 4 Afternoon, for the subsequent 12 hours

Sea conditions will be rough to very rough over along & off north Andhra Pradesh – Odisha coast from the mid­night of December 3 and become high to very high from December 4 afternoon.

Fishermen have been advised to return to the shore by December 2.

“The off­shore and alongshore operations along Odisha coast are advised to be judiciously regulated on December 3 and remain suspended on December 4, to ensure the safety of life and property,” the bulletin added.