Pre-Poll Violence In Colleges Across Odisha 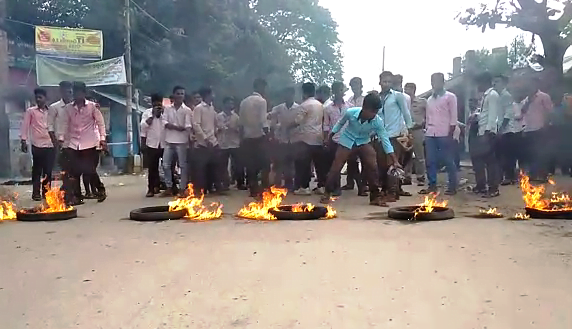 Bhubaneswar: Tension prevailed in different colleges of Odisha on Thursday before the upcoming elections on October 11.

Pre-poll violence was witnessed at Deba Ray College in Nayapalli of Bhubaneswar after bombs were hurled by unidentified miscreants.

Pre-poll violence was also reported in Rajdhani College, as the college authorities have cancelled two presidential nominations. Upon getting information, the police locked the main gate of the college.

According to sources, Banki Autonomous College students staged a protest as the nomination of the BJD candidate, Preetiranjan Panda was cancelled by the college authorities.

They staged a dharna, burnt tyres and locked the main gate of the college.

Some students also tried to immolate themselves but police brought the situation under control.