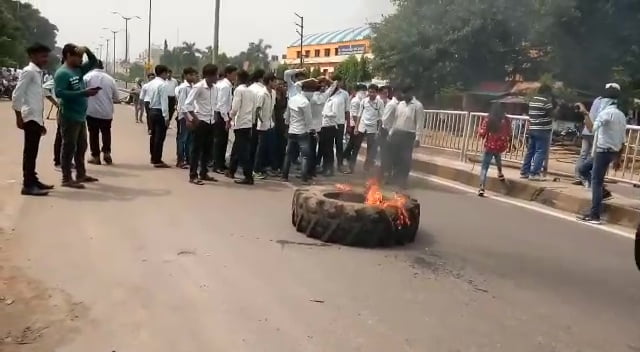 Bhubaneswar: Instances of pre-poll violence continued to rock college campuses across the state on Monday.

Tension gripped Maharishi College here after bombs were hurled by unidentified miscreants. Adequate police forces were deployed on the campus to control the untruly situation.

On the other hand, University Law College cancelled students’ union elections and inmates of the women’s hostel were asked to vacate rooms immediately after a clash broke out between some students.

Similar cases of violence were reported from SCS College in Puri, where a group of students ransacked the college and clashed with police personnel. The inspector-in-charge of the police station concerned was injured in the incident.

At Kakatpur Mangala College (Puri), some irate students went on rampage and damaged furniture and office accessories to protest against cancellation of nomination of a presidential aspirant.

In a related development, two cases were registered at Saheed Nagar police station here in connection with an incident of violence at Utkal University. A student was arrested in the case.