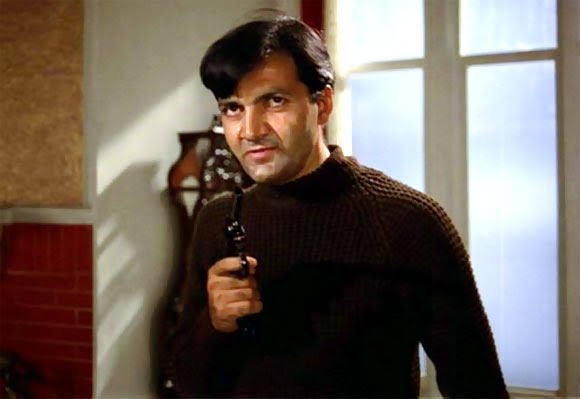 Mumbai: Prem Chopra was already an established actor in 1974. But it was only after he mouthed the iconic line ‘Prem naam hai mera, Prem Chopra’ in Bobby that he became a household name.

But there’s a story behind this, which Chopra recalled on the occasion of his 86th birthday on Thursday.

When Raj Kapoor told him to do the role in Rishi Kapoor and Dimple Kapadia-starrer love story, Chopra wasn’t very keen on essaying a supporting character as he had been playing prominent roles parallel to lead actors by then.

But Raj Kapoor was insistent and told him, ‘I don’t care, you have to do this.’

The rest, as they say, is history.

“He loved to drink and one day we sat together. I kept asking him to give me the script so I can learn my dialogues… it was a Raj Kapoor film after all! All he had to say was, ‘Batayenge batayenge, fursat se’. He only told me that a young couple has eloped and I have to catch them. And I had to say ‘Prem naam hai mera… Prem Chopra’,” he told indianexpress.com.

Chopra didn’t initially get what Raj saab was saying.

“During the shoot, I met Prem Nath and told him that I was unhappy with the role. His advice was to do it and believe in Raj Kapoor. He was sure that the film will be a big hit,” Chopra recalled.

“I did it to the best of my ability and the dialogue clicked. Even today, wherever I go in the world, people either introduce me with that dialogue or want me to say it. It is so close to my heart that even my book is named ‘Prem naam hai mera… Prem Chopra’,” he said in the interview.

The film, which saw Rishi portraying his first role as lead actor and was Dimple’s debut, was a runaway hit.