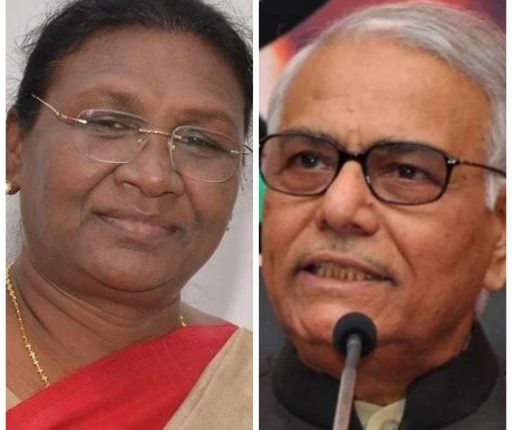 Bhubaneswar: Presidential candidates Draupadi Murmu and Yashwant Sinha will visit Odisha this week to seek support of MPs and MLAs of all parties in the election.

According to sources, Murmu would separately meet the Biju Janata Dal (BJD) and the Bharatiya Janata Party (BJP) MLAs and will also have a one-on-one meeting with chief minister Naveen Patnaik at his residence Naveen Niwas in Bhubaneswar. She will meet the BJD MLAs at a conference hall in the Assembly and the BJP legislators at the state guest house.

After NDA declared Murmu as its candidate, the chief minister had called upon all MLAs cutting across party lines to vote for the “daughter of Odisha” for the country’s top constitutional post. He had also deputed ministers Tukuni Sahu and Jagannath Saraka to be present when Murmu filed her nomination papers in New Delhi on June 24.

In the 147-member Odisha Assembly, the BJD has 112 members, BJP 22, Congress nine, CPM one, and Independent one besides two members expelled from the BJD.

The UPA candidate, Yashwant Sinha will visit Odisha on July 6 when he is likely to meet the chief minister seeking support of the BJD for him in the Presidential election. The state unit of Congress has announced to support Sinha in the election scheduled on July 18.

Meanwhile, the chief minister has sought the support of the only Independent MLA in the Assembly, Makarand Muduli from Rayagada, for Murmu.

During a meeting with Muduli in Naveen Niwas on Tuesday, Naveen said Murmu is the pride of Odisha and the votes of all MLAs and MPs should go in favour of her.

Respecting the chief minister’s request, the MLA said the entire tribal community of the state feels proud that Murmu, who belongs to their community, has been nominated as Presidential candidate. Muduli assured Naveen of his support to Murmu.

Kaali To Me Is A Meat-Eating, Alcohol-Accepting Goddess: Mahua Moitra On Film Controversy