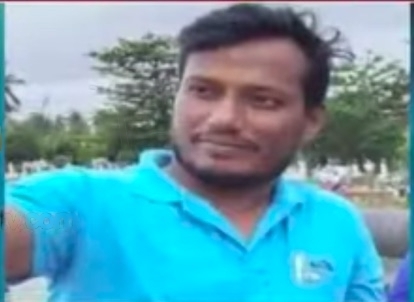 Gopinath Sahoo alias Dipu, a Dahibara Aloodum vendor, and his father Bhaba Sahoo had been absconding since the alleged murder on December 3.

Jena (40), a native of Patkura in Kendrapada district, was residing in Sati Chaura locality of Cuttack city. He developed an affair with Sunita Sahoo, wife of Gopinath, while they were staying in Jhanjirimangala area of Cuttack. Following this, Gopinath returned to his village in Nayagarh along with his wife and three sons.

The problem aggravated as Jena kept in tough with Gopinath’s wife and visited his village multiple times in the last few months.

On December 3, Jena went to Mahipur on a motorcycle with his friend Jayaprakash Sahoo after receiving a message from Sunita. Jayprakash dropped him at Gopinath’s house and waited for him near Mahipur Government Hospital.

As he didn’t return till late in the night, Jayaprakash left the place and apprised his family members about the incident. Jena’s kin lodged a missing complaint with the Lalbag police, the following day.

“Gopinath, his wife Sunita and his friend Suriya Sahoo killed Jena. Later, Gopinath, his father and Suriya set the body on fire and threw the half-burnt body into a pond located 2 km away from Mahipur to eliminate evidence,” a police officer said.

While Sunita and Suriya were arrested and confessed to the crime, Gopinath and his father fled to evade arrest, the officer added.

Odisha Students To Get Free IAS Coaching After Entrance Exam; No Test For Aspirants Who Passed Prelims