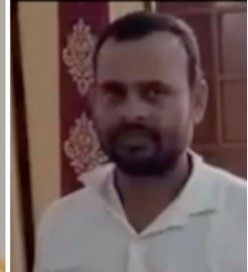 Keonjhar: The principal of an Adarsh Vidyalaya in Odisha’s Keonjhar district, who allegedly beat up a Class VI boy with an iron rod, has been suspended.

“Pending drawal of disciplinary proceedings, Nityananda Barik, TGT Social Sciences, OAV Sundarpal, Hatadihi, Keonjhar, is hereby placed under suspension with immediate effect due to the unpleasant situation in the Vidyalaya and dereliction of duty,” the office order issued by the State Project Director, OAVS, stated.

The Class VI boy was allegedly beaten up by Barik with an iron rod after he failed to answer a question, prompting the authorities to launch a probe into the incident on Thursday. Barik was allegedly in an inebriated state.

Following the incident, the parents and guardians of several students approached the Sub-Collector and Block Development Officer (BDO) on Wednesday seeking appropriate action.

It was alleged that Barik always came to school in an inebriated state and misbehaved with students. Earlier, some girl students had also complained against him.