Prior To ‘Laxmii’, 10 Bollywood Movies That Changed Titles Due To Controversies 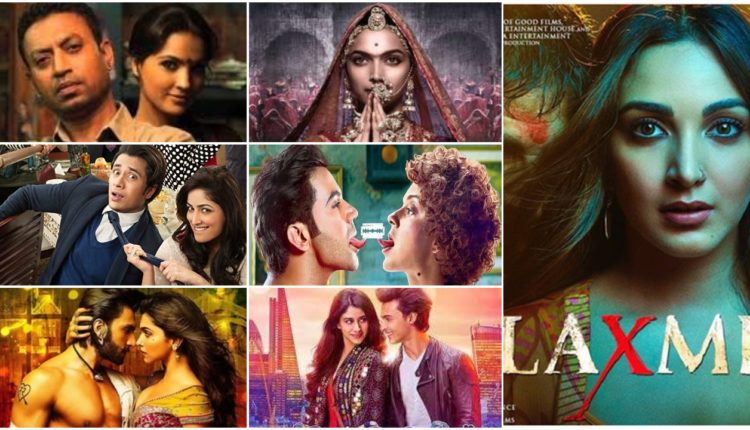 Mumbai: Horror-comedy Laxmmi Bomb was the latest example of an Indian film, which faced opposition from either a religious or political group, over its title.

The makers of the movie, starring Akshay Kumar and Kiara Advani, modified the title to Laxmii following backlash from several Hindu groups, who objected to the use of a derogatory term like ‘bomb’ with the name of a Goddess.

Here’s a list of some movies that when for a cosmetic makeover with title change due to controversies.

This Shraddha Kapoor-starrer was initially named as The Queen Of Mumbai: Haseena. The filmmakers had to come up with a new title for the movie, which is based on Dawood Ibrahim’s sister, to make it more relatable to the people outside of Mumbai city.

Following fierce protests and death threats, Sanjay Leela Bhansali ’s magnum opus was released as Padmaavat without the ‘I’. Karni Sena had accused the filmmaker of distorting history and facts in the movie made on the life of Rani Padmavati (or Padmini) of Chittor.

The original name of Aayush Sharma’s Bollywood debut was Loveratri. However, the makers changed the name to Loveyatri after an outfit objected to the title, alleging that it made fun of Hindu festival Navratri. An FIR was also filed against Salman Khan for making a movie that hurt the religious sentiments of people.

‘Controversy Queen’ Kangana Ranaut’s film was originally titled Mental Hai Kya. The production house changed the name of the movie after the Indian Psychiatric Society took exception to the title, stating that it sounded discriminative and degrading for people suffering from mental illness.

This romantic comedy, starring Ali Zafar and Yami Gautam, was earlier named Aman ki Aasha. The makers had to change the title since ‘Aman Ki Aasha’ is a popular social initiative started by The Jang group of Pakistan and The Times Of India in India. The two publications held the copyright of the term.

Shahid Kapoor-stareer R…Rajkumar was initially named as Rambo Rajkumar. Since the makers of Hollywood film series ‘Rambo’ had the copyrights reserved for it, Producer Viki Rajani and director Prabhudheva were compelled to change not only the title but also the name of Shahid’s character in the film.

Before Padmavat, Sanjay Leela Bhansali had faced opposition to the title of his film Goliyon Ki Raasleela Ram-Leela, which starred Ranveer Singh and Deepika Padukone in the lead roles. It was initially titled Raamleela. The reason for the name change: Since the term is associated, movie-goers would expect a religious film, the petition filed against the movie said.

This light-hearted comedy-drama was initially named Billu Barber with Irrfan Khan playing the titular role. The filmmakers had to remove ‘Barber’ after hairstylists said that the term sounds offensive and hurts their sentiments.

The thriller starring John Abraham is based on the assassination of former Prime Minister Rajiv Gandhi. The makers, who had initially named the film as ‘Jaffna’, a place located in Sri Lanka, had to change it to Madras Cafe following immense pressure from the neighboring country, which felt it would show them in a bad light.

Burger King Wants You To Order From McDonald’s, KFC; Know Why

Waiting For Movies This Diwali? Here Are Your Options

HRD Ministry Likely To Be Rechristened As Ministry Of…