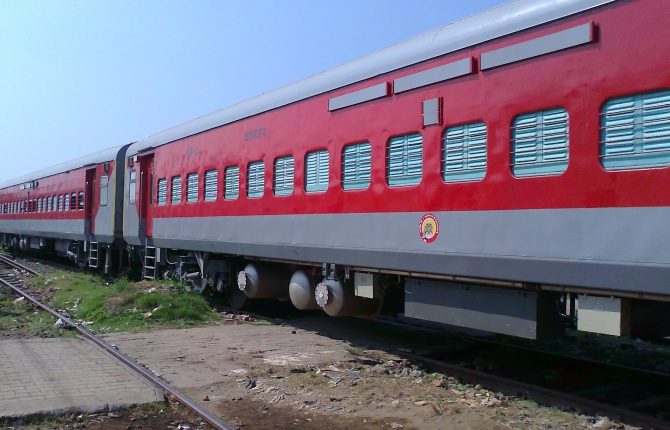 New Delhi: The Bhubaneswar- Howrah section has been identified as one of the 100 routes where the Railways has proposed to run private passenger trains.

These routes have been selected for their economic viability and passenger occupancy rate.

The Ministry of Railways is expected to invite bids next month for running as many as 150 trains on the identified sections, news reports have said.

The Tejas Express train running between Delhi and Lucknow by IRCTC is being described as the first attempt by the Railways to throw open train operation to private players. The second Tejas will run between Mumbai-Ahmedabad soon.

Punctuality and cleanliness are the other key highlights of these trains.

Once the private train starts operating, all services except core operations like running of the trains are expected to be managed by private operators. The bidding documents could thrown more light about that expected services and fares.

Reports suggested that Howrah-Chennai section has also been identified for running of private trains, benefitting passengers of Odisha as well.

The Finance Ministry’s Public Private Partnership Appraisal Committee had given its nod to the private train service proposal on December 19.

“The bids may be invited soon, may be in the next 10-15 days” Railway Board Chairman V K Yadav was quoted by the Economic Times as saying. It will be a milestone for Indian railways, he added.

The development comes at a time when the Railways is going through a major restructuring process to streamline operations and bring efficiency in services.

According to some experts in the infrastructure sector, aviation players such as SpiceJet are keenly watching the developments and may bid for operating private trains.

“The prospects looks encouraging. The Tejas is doing well. We would not be surprised if airline players too jump into the fray”, Vivek Dahiya, an infra expert told Odisha Bytes.

Odisha Youth Desired For Swift Dzire On OLX, Got ‘Duped’ Of Over Rs 72K