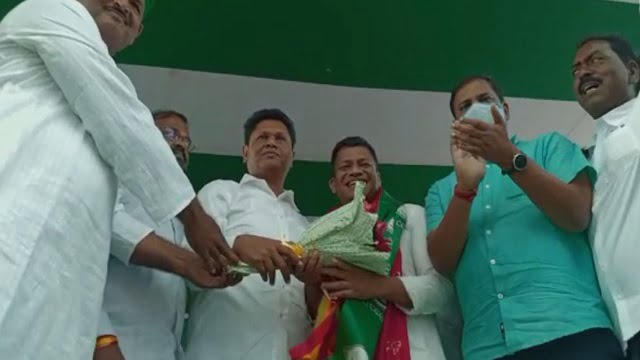 He was officially inducted into the regional party in presence of Jajpur MLA Pranab Prakash Das and Nabarangpur MP Ramesh Majhi.

Majhi, a former Youth Congress president and ex-president of Nabarangpur Zilla Parishad, can boost BJD’s chances in the forthcoming panchayat elections slated in February 2022. “He will be a prize catch for us,” a BJD leader had earlier told Odisha Bytes. “Our presence in Nabarangpur and Malkangiri districts will be further consolidated,” the leader added.

After much dilly-dallying, Majhi, who was serving as Odisha Pradesh Congress Committee (OPCC) working president, resigned from the party’s primary membership on October 22, stating that the party lacked the desire to serve people.

Two days later, he praised Chief Minister and BJD president Naveen Patnaik for providing a stable government in Odisha. Majhi said that it had become practically impossible for him to carry out the developmental works in the undivided Koraput district while remaining about out of the system. “Our decision to join the BJD will help in resolving basic issues like education, health and other amenities here,” he added.