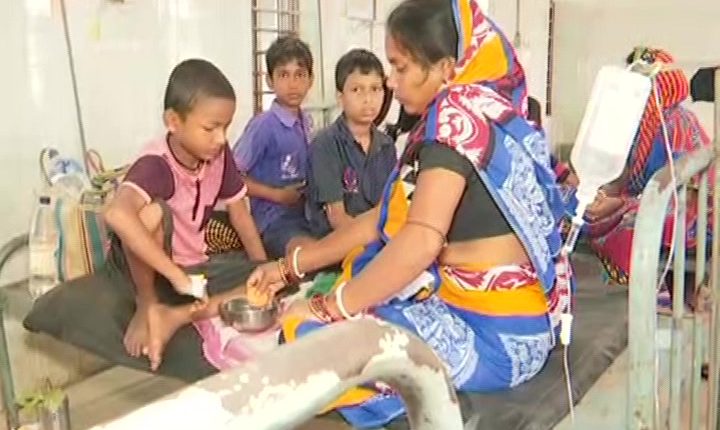 Balasore: The district collector on Sunday directed District Project Coordinator to probe the incident in which over 123 students were taken ill after consuming food at a feast at Nityananda Saraswati Sishu Mandir School in Baliapal block on the occasion of Ganesh Chaturthi on Friday.
According to reports, the students complained of vomiting and loose motions after consuming the food following which they were hospitalised. As many as 72 students were admitted to Baliapal IDCO community health centre and 51 rushed to Basta hospital for treatment. Their condition is stated to be stable.
The headmaster of the school also fell ill after the feast organised by the school authorities for more than 200 students and employees.