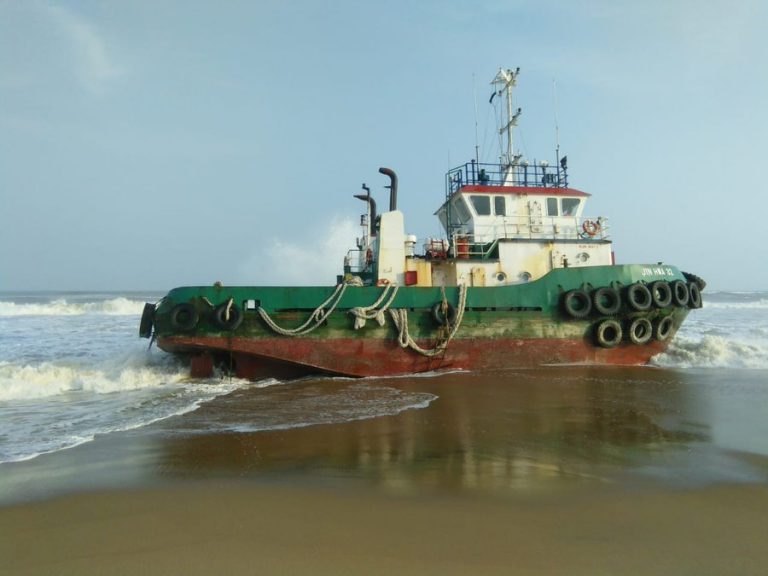 Sources said as the stranded ship has tilted to one side, efforts will be made to bring it back to its original position after which it will be easier to drag it into the deep waters.

Meanwhile, oil from the ship has been removed on the order of the district administration.

The ill-fated ship with seven Malaysians, two Filipinos and one Indian on board, was on way to Visakhapatnam port to pick up new cargo after unloading its shipment in Bangladesh when it got caught in a storm in the Bay of Bengal and drifted towards Odisha at night and got stuck near Rajhans on Chilika shore on August 7.