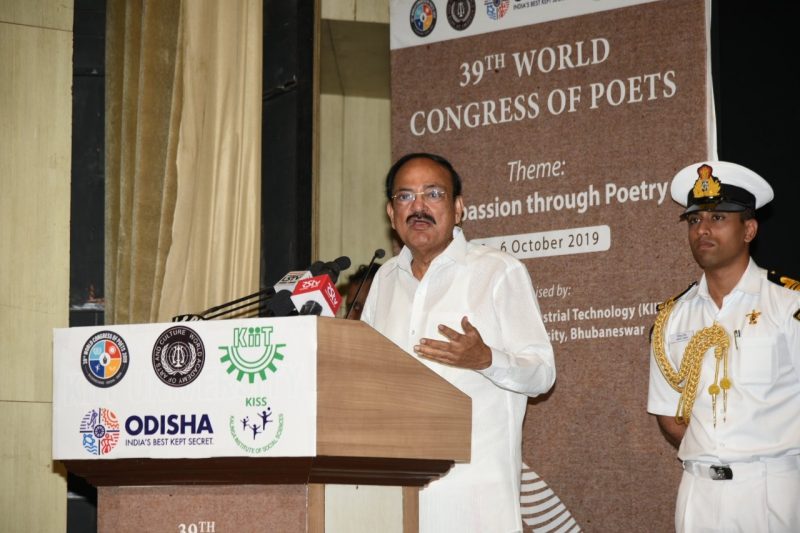 New Delhi: A day ahead of International Mother Language Day, Vice-President M Venkaiah Naidu made a strong pitch for the promotion of Indian languages.

In a three-page email to all members of Parliament (MPs), Naidu made a passionate appeal to them, urging them to contribute in the upliftment of different languages in the country.

Describing mother tongue as the “soul of life”, the Rajya Sabha chairman emphasized on importance of strong foundation in the first language in initial years of informal learning at home, where education begins.

Reaching out to MPs of Lok Sabha and Rajya Sabha in different widely-spoken Indian languages and English, Naidu wrote that the creative abilities of children should be allowed to flourish by removing language barriers.

“With a multiplicity of languages and a rich spectrum of dialects, we have regions which are repositories of knowledge much of which stands imperiled today. This is mainly due to a mindset of looking down upon one’s mother tongue and wearing the linguistic badge of competence in English as a false sign of superiority,” he wrote.

“Culture and language are the two sides of the same coin. They embody rich knowledge and practices accumulated over a long period. Extinction of a language results in the loss of precious legacy. We can’t allow this to happen,” Naidu stated.

“I request you to be an active facilitator in promoting native languages in the large area you represent in the Parliament. Given your standing among the people you represent, your efforts could give a fillip to the promotion of Indian languages,” he conveyed to the MPs.

Soon, You’ll Be Able To Navigate Google Maps In Odia…