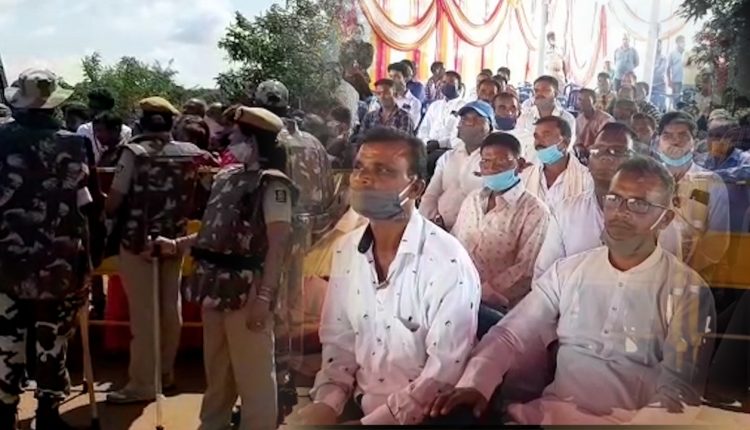 Rayagada: A public hearing at Podapadi for the proposed three million tonne alumina refinery project of Hindalco Industries Limited at Kansariguda in Kashipur block of the district was held on Tuesday, even as some villagers protested outside the venue for having been denied entry. Company representatives described the hearing as “successful”.

The agitated villagers belonging to the neighbourhood expressed their resentment as they were denied admission to the public hearing conducted by the State Pollution Control Board. Recently a separate public hearing for the proposed mining of bauxite at Maliparbat Hills in neighbouring Koraput district was stalled following protests.

Elaborate police security arrangements were made on Tuesday for public hearing for the refinery project, which received the state government’ clearance in 2020. The project includes setting up of 150 mega watt power plant.

Rajendra Duria, a supporter of the project, said villagers welcomed the unit and want overall development of the area.

Niladri Patra, another villager, at the venue said he has no objection to the factory coming up, but the manner in which some villagers were barred from participating in the public hearing created suspicion about the organisers’ motives.

A company representative, however, said majority of the people in the project area have been demanding the plant for nearly 20 years and supported it at the hearing.

Odisha Plans To Use Drones To Detect & Root Out Hemp Crops