Protest Through The Lenses: People’s Alienation In Our Cinema 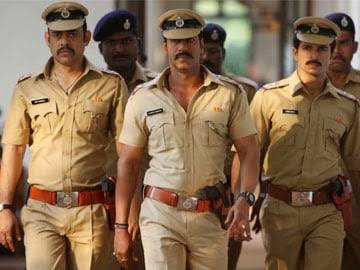 In our movies many decades ago, the police landed on the scene after the hero was done with his heroics. They always arrived late. The officer, wielding a megaphone, asked him to surrender or hand over whoever he was dealing with to the police so that ‘kanoon usko sazza degi’. He was advised not to take the law into his hands. The nicety of lip service to ‘kanoon’ was virtually abandoned in later times, particularly after the trend of the policeman turned avenging hero became popular.

The 1983 film ‘Andha Kanoon’, remake of a Tamil movie, with Rajinikanth in the lead and Amitabh Bachchan in an extended cameo, loudly proclaimed that the law was blind. It has spawned many clones, and still does. A decade later, the film ‘Damini’ pointed unapologetically at the travesty of justice through the legal process. Sunny Deol as the lawyer for Damini, witness to a rape and murder by family members, mouths one of the most memorable dialogues on the practice of courts on postponing dates of hearing: ‘Tarikh pe tarikh, tarikh pe tarikh, tarikh pe tarikh, tarikh pe tarikh milti rahi hai. Lekin insaf nahi mila my lord, mila hai to sirf tarikh…’

Through the decades, in our movies the voice of no confidence in the police and justice systems has only got sharper. The films have been denouncing both as either incompetent or ineffectual or corrupt or untrustworthy or all of these. The logical extension of this has been the normalisation of avenger justice, encounter killings, and the general irreverence for the processes of law and justice on screen. If there’s loud applause for encounter killings these days, it’s rooted in the negative public perception accumulating for long. Cinema can only be accused of amplifying reality.

What goes for the police and the judiciary goes for the negative portrayal of politicians too. From criminalisation of politics to manipulation of the electoral process to leaders in cahoots with shady businessmen, we have it all in reel life. The solution is hardly in throwing out the wretched leader in an election. Because he is too powerful and too networked to be brought down, he has to be physically eliminated. In the 1984 Amitabh-starrer ‘Inqilaab’, the protagonist shoots down a bunch of them and claims he has ushered in ‘inqilaab’ (revolution). In ‘Singham’, a 2011 film with Ajay Devgn in the lead, the entire police force unites to kill one dirty politician. The choice of films in this article is random — there are many with similar themes — the point is to only highlight that through decades, the negative public image of our public servants and institutions has persisted, and grown stronger.

The noble slumlord in our movies – from Shakti Velu in Vinod Khanna-starrer ‘Dayavaan’ to Karikaalan in Rajnikanth-starrer ‘Kaala’ — are in many ways benign feudal lords of rural and semi-urban India of our movies transplanted in the cityscape. The loyalty to them is absolute, because unlike the impersonal and indifferent system, they are perceived as fair, considerate and capable of producing quick solutions to grievances. They are the problem-solver, justice-dispenser, basically the one-stop solution to everything. The loyalty they command is because they make good use of power. So long as end justify the means there’s not much to complain about.

The fact that people would go to the extent of electing actors playing these characters and even worship them as deties in real life underlines general hopelessness. Such attitude reveals frustration at the public expectation of performance from those manning the institutions of democracy – the political system, the police, the judiciary etc — and the actual performance they get.

It also reveals something about our attitude to power. In an evolved democracy, popular power is exercised through institutions, which follow rules that are supposed to be neutral and fair. Power, which people surrender collectively to bigger entities in a democracy, is meant to act to their benefit, not against it. The more institutions become manipulable and corrupt, the more people feel cheated. Popular culture such as cinema try to project the true meaning of power through protagonists — heroes as we call them — who can be an honest police officer, a good slumlord or a zamindar or even a principled politician. It might appear crude, irrational and extreme, but it articulates expectation substantively.

However, the hero in our cinema is fiction, a product of fantasy, while the villain is rooted in reality. Over the decades the villain in real life has become more powerful and omnipresent, with firmer grip on the system, and thus lives of people. The ordinary masses feel alienated from power even more. Given these circumstances, if they prefer authoritarian rulers with better delivery potential, it should not be considered out of the blue. Same goes for institutions. If they are perceived to be irrelevant to people’s lives then the reason for their existence becomes questionable.

[This is the 12th part of our series titled Decoding Democracy]

Asymptomatic People Exposed To COVID Should Also Be Tested: WHO