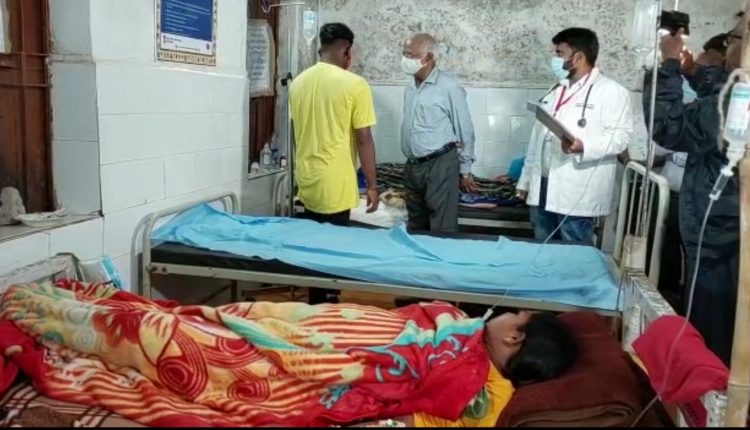 Rayagada: With cholera spreading to more villages in Kasipur block of Odisha’s Rayagada district, director of Public Health and a special team of World Health Organisation (WHO) visited the affected areas on Thursday.

Dr Nirnjan Mishra, Director, Public Health along with a team of experts visited different health centres where the patients have been admitted and enquired about their condition. He also met the families of the patients and discussed with the doctors about the ongoing treatment. Later, Dr Mishra reviewed the situation with the officials.

Speaking to media persons, Dr Mishra said consumption of polluted water was the main cause of the outbreak of cholera and measures were being taken to check its spread. MP Saptagiri Ulaka and Rayagada district collector Swadha Dev Singh accompanied him during the visit.

The special team of WHO inspected the water sources in the villages and collected samples for laboratory test. They also tried to ascertain the cause of the spread of the disease.

According to sources, the cholera has spread to more than 20 villages. At present, 80 patients are undergoing treatment in four hospitals of Kasipur. Special arrangement has also been made for treatment of cholera patients in the district headquarters hospital at Rayagada.

While 8 persons have succumbed to the disease, the condition of 4 others was stated to be critical. One of the critical patient was shifted to SLN Medical College at Koraput on Thursday.

Anbe Shivam: When R Madhavan Was Stranded With Kamal Haasan In Bhubaneswar!