Pullela Gopichand To Set Up Badminton Academy In Odisha 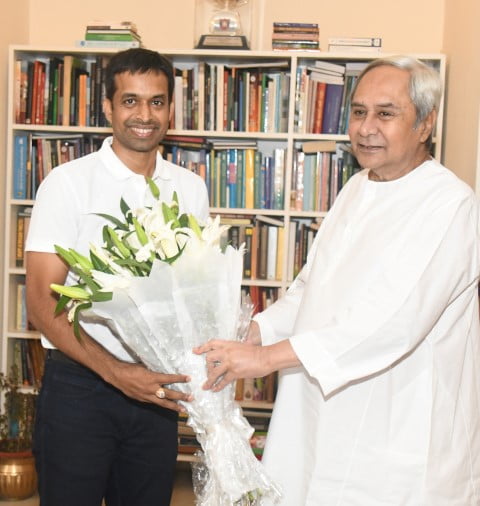 Bhubaneswar: The Odisha government on Friday signed an MoU with the Pullela Gopichand Badminton Foundation to set up a world-class Badminton Academy in the state.

The MoU was signed between national badminton coach Pullela Gopichand and sports secretary Vishal Dev at the State Secretariat here in presence of the chief minister Naveen Patnaik.

The Foundation will provide technical support and overall development of Badminton in the state.

“Gopichand has trained several national and international badminton players who have brought laurels to the country. The world-class badminton facility will help in grooming world champions from the state,” the chief minister said.

“I am immensely pleased to see the kind of support the state government is providing for sports. The success of the Asian Athletics Championships, sponsorship of the Indian Hockey team and establishment of high-performance training centres clearly underlines that Odisha is a great state and has a visionary government. The government is making all efforts to bring Odisha in the global sporting map,” Gopichand told media persons.

The State Government had earlier signed a MoU with Sports of India to promote badminton in the state.

The chief minister also launched a coffee table book ‘Challenge to Opportunity,’ based on the Asian Athletics Championships. A documentary highlighting the hosting of the international event was also in a record 90 days was also showcased.

Arrest Of Prime Accused In Anjana Gangrape Case: Odisha Governor All Praise For…

High Performance Centre For Badminton In Bhubaneswar By…