Pulling of chariots to resume tomorrow 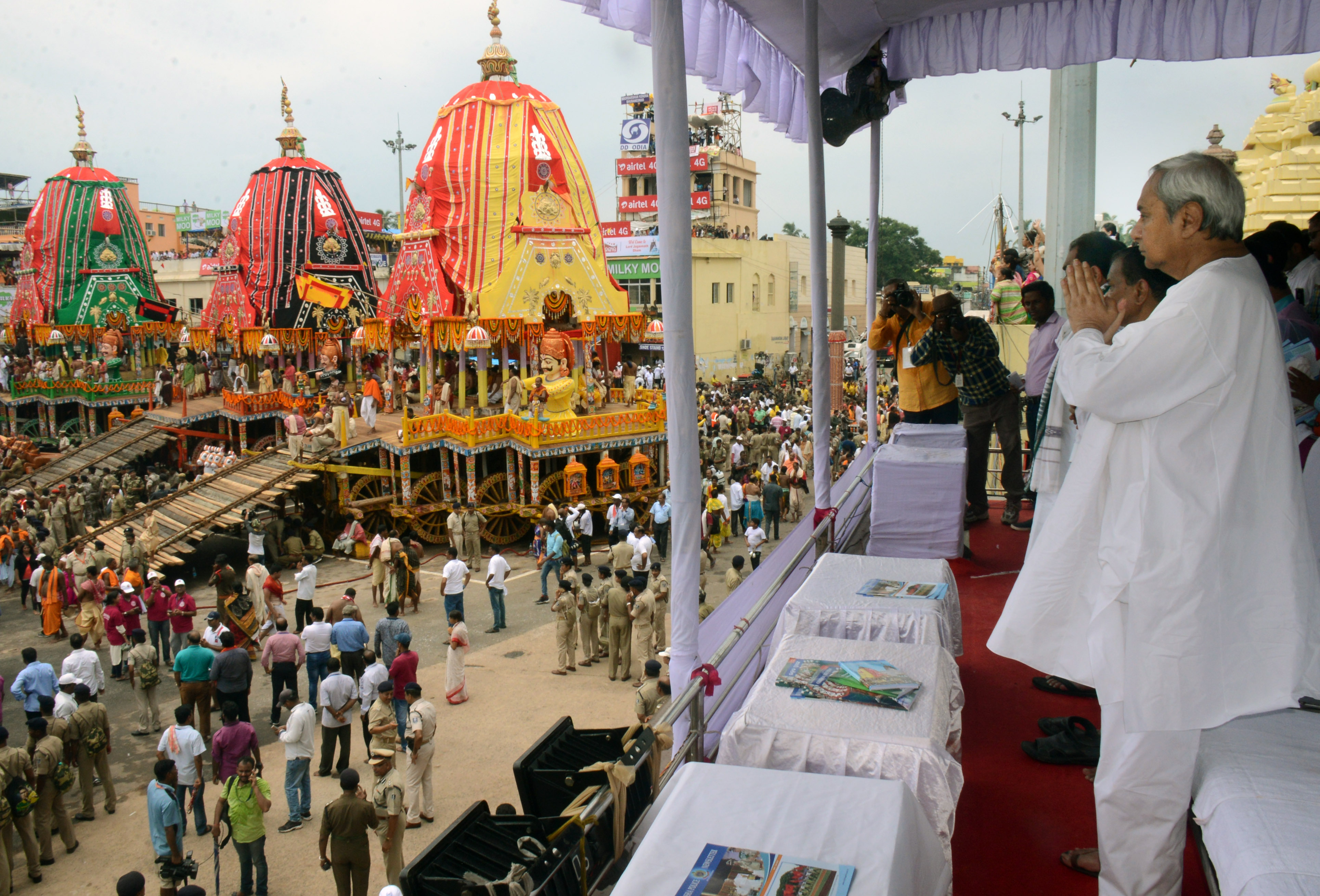 Puri: The deities had to spend the rainy night on Badadanda atop their respective chariot as they failed to reach the Gudicha Temple before sunset on Sunday. The pulling of the three chariots was resumed this morning.
By the time pulling of chariots was suspended Nandighosh of Lord Jagannath was near Puri Town police station, Taladhwaja of Lord Balabhadra near Balagandi Square and Darpadalan of Devi Subhadra at Bagala Dharmashala.
The Shree Jagannath Temple Administration (SJTA) had decided to start the chariots pulling ritual around 2:30 pm, but it was delayed by an hour, an official said.
Over ten lakh devotees from across the country converged at the holy town to witness the world famous festival.
Earlier in the day, chief minister Naveen Patnaik accompanied by ministers Ashok Chandra Panda, Bikram Keshari Arukh and Odisha assembly speaker Pradeep Amat visited Puri to witness the festival.

Businessman shot at in Ganjam