Balangir: A day after Crime Branch sleuths seized country-made bombs and explosives from the house of Punjilal Meher, English lecturer of Jyoti Bikash Mahavidyalaya at Bhainsa, Meherpada, under Patnatgarh police limits in Odisha’s Balangir district, Director General of Police (DGP) R P Sharma on Tuesday said going by the investigation and circumstantial evidence, it is now clear that Punjilal is the mastermind of the parcel gift blast.

Talking to mediapersons here, he said the Crime Branch is in the final stage of its investigation. To ensure full-proof evidence in this case, a special Crime Branch team left for Raipur on Tuesday, the DGP said, adding that no one has been arrested so far.

“We will brief you on the details of the investigation at the right time,” he said, refusing to divulge further.

On Monday, the state investigating agency during a raid on Meher’s residence at Meherpada for the second time had seized country-made bombs and explosives with the help of a sniffer dog. After the seizure, the Crime Branch grilled Punjilal to know the reasons for stockpiling country bombs at home.

Considering his enmity with Sanjukta Sahu, (mother of Soumya Seskhar Sahu, who died in the blast), after she took charge as full-time principal of Jyoti Bikash Mahavidyalaya, the Crime Branch had picked up Punjilal, Umesh Matari, Siba Prasad Sa, Odia lecturer of National College at Nuapada and Rajkumar Das, a pharmacist and compounder of Bhainsa Primary Health Centre (PHC) from Bhainsa village on Sunday morning.

Besides, it had detained Chandramani Meher, a contractor of Udyanabandha area. Later, it picked up Dilip Das, owner of Skyking Courier Service at Patnagarh and courier boy Susant Seth in the night. The following day, another courier boy of the Skyking, Baibhasuta Bindhani, was detained for interrogation.

According to Crime Branch, Chandramani Meher is the brother-in-law of Punjilal and has alleged links with the Maoists while the Skyking courier boy Baibhasuta Bindhani has criminal history, including a murder case pending against him. He was arrested by the police for running an illegal gun factory.

While the Crime Branch confirmed that Punjilal is the mastermind, it has now shifted its focus on Chandramani Meher and Baibhasuta Bindhani suspecting them as the executors of the plan.

Sources said that the Crime Branch will send the live bombs and explosives seized from the Punjilal’s house to the Institute of Minerals and Materials Technology (IMMT) in Bhubaneswar for test to ascertain whether these have been prepared with the same ingredients as that of the bomb that exploded in the house of Rabindra Sahu at Bholanathpada in Patnagarh. It had earlier collected splinters and samples of the bomb and sent them to the IMMT.

The Crime Branch had also recovered some pieces of half-burnt Odia newspaper which indicated that the bomb was prepared in Patnagarh locality. In course of its investigation, the Crime Branch later came to know about the face-off between Punjilal and Sanjukta Sahu over the post of principal in Jyoti Bikash Mahavidyalaya at Bhainsa.

Meanwhile, Soudamini Meher, wife of Punjilal Meher, claimed that her husband was not involved in the case. “My husband is innocent. I can say with confidence that he cannot commit such a heinous crime,” she maintained.

On the other hand, Reemarani Sahu, the bride who had a providential escape, demanded capital punishment for Punjilal and all his associates. “The manner in which they have destroyed my life, I wish the same for them. Let Punjilal’s wife realise the feeling of a woman without her husband. Some people had pointed fingers at me saying that the incident was due to a love affair. Now, the people of Odisha know why the incident had taken place,” she added.

“We were let down by the rumours that the incident was the outcome of a love affair of my daughter with someone. I am now happy that my daughter’s name has been cleared in the case,” said Reemarani’s father Sudam Sahu. 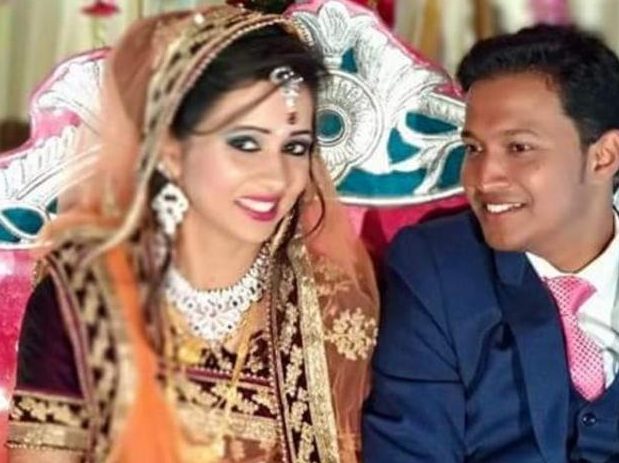 The shocking incident took place on February 23 at the house of Rabindra Sahu when his son Soumya Sekhar Sahu, his daughter-in-law Rimarani Sahu and grandmother Jemamani sustained grievous injuries while opening a parcel which suddenly went off. While Soumya Sekhar and his grandmother died, Rimarani sustained severe burn injuries.

A month after the incident, Chief Minister Naveen Patnaik had ordered a Crime  Branch probe into the incident.

Four Of Family Injured In Bomb Explosion In Dhenkanal

Wishes Pour In For Sachin Tendulkar On 45th Birthday