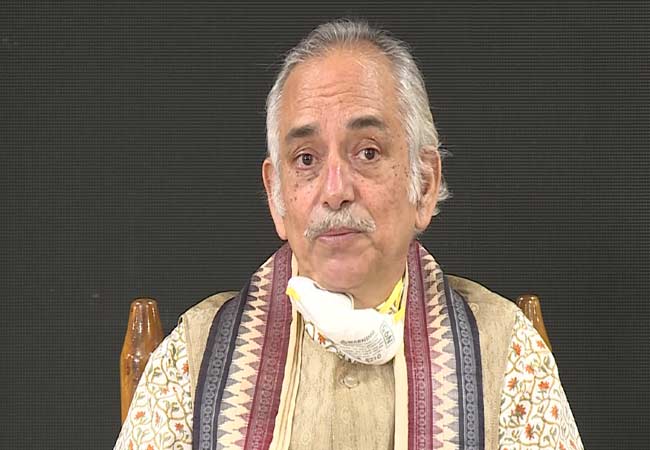 Bhubaneswar: Days after the Rath Yatra of Lord Jagannath was held in Puri amid uncertainty and sans public participation, the Gajapati Maharaj of Puri Dibyasingha Deb has blamed the Odisha government of “indecision” leading to the controversy and subsequent divergent orders from the Supreme Court in the run-up to the June 23 event.

“Had the state government taken a decision earlier, the confusion could have been avoided. It could have done it well in advance. On June 10, the Orissa High Court ruled that the state government should decide on whether to hold the Rath Yatra. There were still 12 days left but the government did not take any decision.” Deb told a private news channel in an interview broadcast on Friday evening.

Deb also cited letters written by him on April 26 to Chief Minister Naveen Patnaik, May 30 meeting of temple managing committee and June 5 letter of the temple’s chief administrator to the law department to drive home his point that the state government had ample time and opportunity to “say a yes or no”. “The government should not have kept it hanging,” he pointed out.

The Gajapati, who is revered as the first sevak (worshipper) of the sibling deities of Puri, said though the government had not revealed its mind preparations for the Rath Yatra were on in full swing and no one had thought that the festival could be cancelled.

“Till June 18 morning, none of us had an iota of doubt that Rath Yatra would be held. As to why the state government did not support organising the festival in Supreme Court on June 18 is something I am yet to understand or justify. The SC’s initial order restraining the government from conducting Rath Yatra all over Odisha, including Puri, left all of us shocked,” he said.

Asserting that the significance of Rath Yatra in Puri, which is the original seat (moola pitha) of Lord Jagannath, should not be compared with Rath Yatra in any other place, the Gajapati described the turn of events between June 18 and June 22, resulting in the apex court’s three-judge bench, headed by Chief Justice of India S A Bobde, reversing its own decision and allowing the festival as a “miracle”. “The Lord put everyone to test and ultimately He Himself did it,” he said, attributing the credit to the Almighty.

Deb further said the uncertainty over conducting Rath Yatra could have easily been avoided had the Odisha government counsel (Harish Salve) not told the top court on June 18 that there would be a congregation of 10 to 12 lakh. “Which court can allow Rath Yatra if such a large public gathering takes place when COVID positive cases are rising? This was wrong and created all the problems,” he observed, pointing out that the government could have done COVID management better had it taken the decision earlier.

“Personally, from whatever little law I understand, I was not hopeful till June 22 morning when the Union home minister (Amit Shah) called Puri’s Shankaracharya and me and told us that the Centre would support Rath Yatra but COVID rules have to be strictly adhered to. The three-judge bench coming out of vacation to review the case and finally giving the go-ahead was all possible because of the grace of God,” he added.