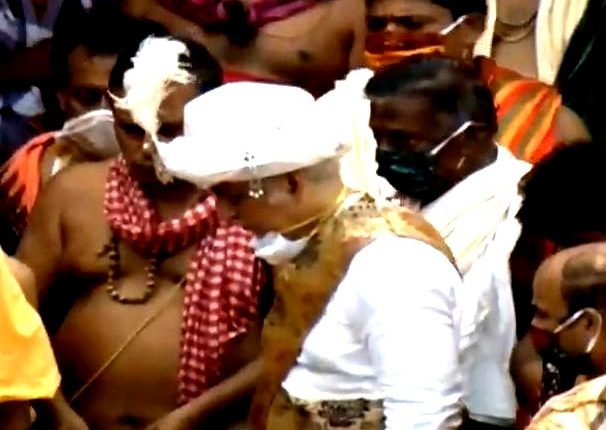 Puri: The Gajapati Maharaja Dibyasingha Deb on Tuesday performed the rituals of the deities atop the three chariots in Puri.

According to the Jagannath Temple tradition, the Gajapati Maharaja performs Chherapanhara, the ceremonial sweeping of the chariots with a golden broom.

After the Chherapanhara, the sevayats will unlock the charamala of the three chariots and fix the wooden horses and the horsemen. 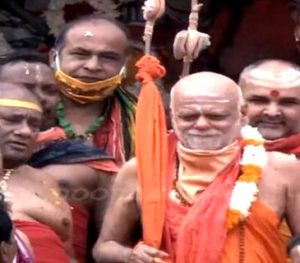 Prior to the arrival of the Gajapati Maharaja, Shankaracharya of Gobardhan Peeth Swami Nischalananda Saraswati Maharaj accompanied by his disciples had paid obeisance to the sibling deities atop the chariots.