Puri: The Health Department, Odisha, has made massive preparations in the temple town of Puri in view of the Rath Yatra on July 1.

According to state Health Director Bijay Mohapatra, the health infrastructure has been ramped up ahead of the festival with first-aid centres, additional doctors, beds, stretchers and ambulances.

Providing details, he said that hospitals have been equipped with an additional 287 beds, including 26 AC beds.

There will be 69 first-aid centres to attend to devotees.

Besides, 145 doctors, seven food safety officers, 40 pharmacists, 30 nursing staff and 45 health workers will be on duty. Keeping in mind the rush of devotees, 114 stretchers and 58 ambulances will be pressed into service.

Apart from these, 200 units of blood will be kept at the blood bank of the District Headquarters Hospital.

With COVID cases rising in the state, wearing mask is mandatory for those visiting Puri to witness the Rath Yatra being held with public participation after a gap of two years, Mohapatra said on Monday.

Rapid Antigen Tests and vaccination drive have also been ramped up in the pilgrim town.

“We are expecting a large congregation during the annual sojourn of the Lords this year. Mask is mandatory in Puri during the festival. Health camps will be set up at Puri station, bus stand and Bada Danda (Grand Road),” he said.

Stating that those having symptoms should avoid visiting the pilgrim town, he urged people to be more cautious to check the spread of the virus. 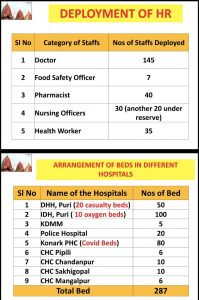 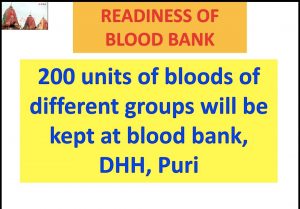 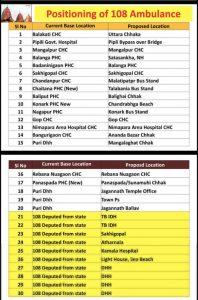