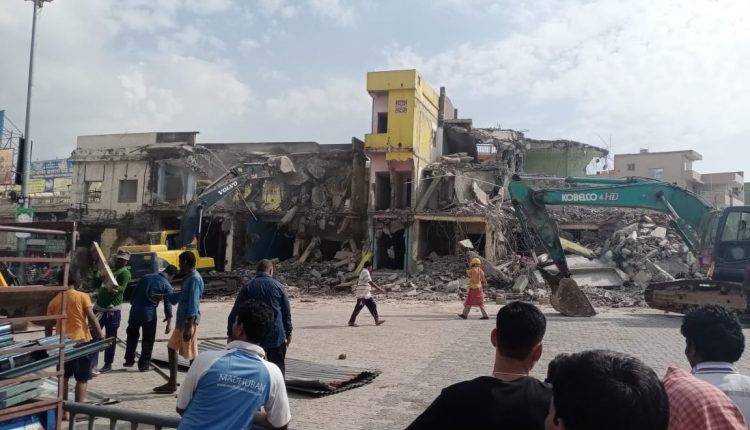 Puri: The Puri district administration on Tuesday completed the demolition of Mangu Mutt, which was within 75-metre radius of the 12th century Jagannath Temple.

The administration, which had begun the process on December 8, had completed 90 per cent demolition on Monday. The remaining portions were demolished this afternoon.

Releasing a video of the demolition of Mangu Mutt on social media, Jagdeep Singh, a Sikh devotee, said he cannot express the pain and anguish on seeing the historic Mutt being razed.

He also said that the Odisha government and the district administration did not pay any heed to the request of the Sikh community to refrain from demolishing the Mutt. Expressing resentment, Jagdeep said barring a handful of Sikh devotees, no top Sikh religious leader visited Puri to stop the demolition of the Mutt.

The Mutt was built in 1615 by Bhai Almast, a Sikh preacher and head of Dhuari of the Udasi sect. The verses used by Guru Nanak during the prayer and the aarti of Lord Jagannath are recited in the Mutt. Baba Gurditta, the eldest son of Guru Hargobind, had also chosen Bhai Almast to disseminate the message of Guru Nanak.

In September this year, Punjab Chief Minister Amarinder Singh had opposed the move to demolish the Mutt visited by Guru Nanak to spread his message of the oneness of God.

Demolition Of 42 MLA Quarters Near Odisha Assembly To Begin Tomorrow