BriefsMalkangiri
By OB Bureau On Oct 2, 2021 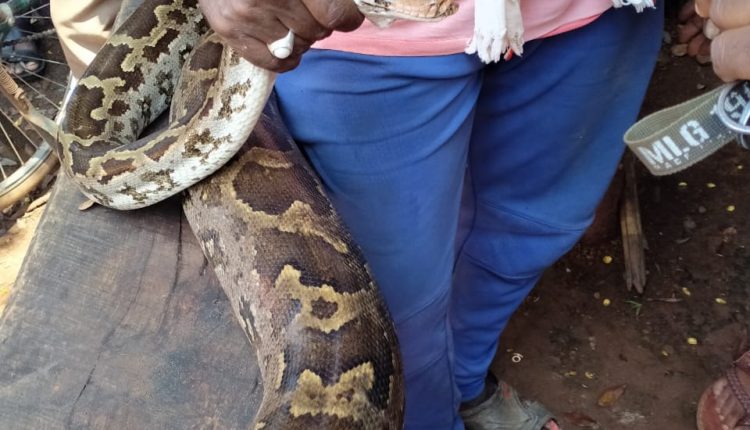 Malkangiri: An eight-ft long python created panic when it was sighted in a house in Bank Colony in Chitrakonda town of this district on Saturday morning.

Relatives of Rabi Patanga screamed in panic while collecting flowers when they saw the serpent in their rear yard.

Rabi Patanga immmediately called in the snake rescuers. Madhav, a known snake rescuer in the locality, arrived at the spot and pulled out the python weighing 20 kilograms from the bushes.

It was released in the jungles outside the town.