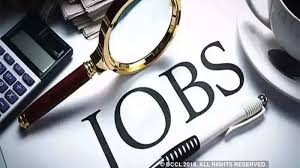 Prayagraj: The Allahabad High Court on Thursday ruled that engineering degree holders cannot be appointed as junior engineers when applying for government vacancies.

A three-judge bench, in its ruling, said candidates with an engineering degree were not eligible to participate in the recruitment process since the vacancies of junior engineers, advertised recently by the Uttar Pradesh government, were only for diploma holders.

It passed the order based on a bunch of petitions filed by candidates with engineering degrees. The petitioners had argued that since they were degree holders, they were more qualified for the job than diploma holders.

The ruling could have far-reaching ramifications for the job market nationwide. Experts felt it could streamline the recruitment process considerably. Several instances have come to light when job portals and government offices have been flooded with applications from candidates who are overqualified for the position advertised. Recruiters, in light of the Allahabad High Court ruling, could add a clause in the eligibility section asking only suitable candidates for a particular job profile to apply for the position. This will ease the burden of the HR department considerably, said a job analyst participating in a television debate on Friday.

A classic case was recently cited by former finance minister P Chidambaram. On July 11, participating in a debate in Rajya Sabha, the senior Congress leader said over four lakh engineering graduates were among the applicants for humble khalasi posts of the railways, the recruitment of which is currently on. He said while the advertisement was to fill up 62,707 vacancies, 40,751 candidates alone were M.Tech holders.