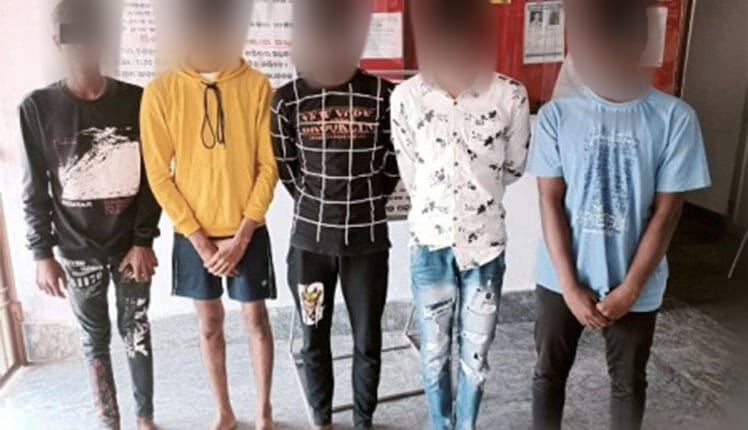 Berhampur: The authorities of Binayak Acharya Government College in Odisha’s Berhampur city have decided to rusticate all five students allegedly involved in ragging juniors at the institute.

After a video of the incident went viral, Badabazar police arrested two students in the case and detained three others, who are minors, for questioning. Berhampur Saravana Vivek M had recommended the college authorities to rusticate the arrested – Abhishek Nahak (24) and Bablu Panda (18) of Haridakhandi area. “All other students involved in the ragging would be included in the criminal investigation. They would be recommended for suspension for one year from the college,” a press note said.

Further investigation is underway to verify involvement of other students in the incident, it added.

In the video, the accused were seen abusing a Plus II first-year girl student. While they snatched her bag and mobile phone, one of them was also seen kissing her hand in front of other students of the college.

On the basis of the viral video, police conducted an investigation and apprehended the accused students. Abhishek was earlier arrested by Badabazar police in an assault case in March.