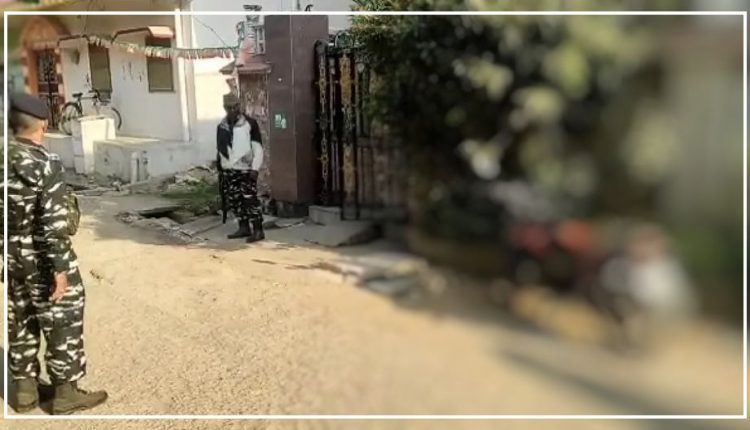 Bhubaneswar: After Income Tax raids on the premises of 3 businessmen considered close to BJD in bypoll-bound Padampur sparked a row between the ruling party and opposition BJP, Odisha GST sleuths raided trade outfits of some saffron party leaders.

Hours after the I-T department raided 3 local BJD supporters’ premises,  Odisha’s GST officials carried out search operations in some places including a garment shop owned by BJP leader and Padampur Nagar president Sunil Agarwal in the Assembly segment in Bargarh district on Monday.

According to reports, the state GST department conducted raids at some business establishments in Padampur, Paikmal and Jharbandh areas whose owners are BJP leaders in the area.

It was alleged that the GST raids were carried out on theese business establishment to counter the I-T raids.

Denouncing the IT raids amid intense campaigning in Padampur Assembly  bypoll, senior BJD leader and MLA Sashi Busan Behera said  the raids during the by-election are not acceptable and they could have carried out the operation earlier.

The IT raids were conducted at the residences of three businessmen – Md Sajid of Bahidarpada, Manabhanjan Sahu of Sahupada and Gaju Agrawal of Badapada area in poll-bound Padampur.

The three businessmen were supporters of late BJD MLA Bijay Ranjan Singh Barsha, whose death necessitated a by-poll in Padampur on December 5. The BJD candidate in the by-election is Bariha’s daughter Barsha Singh Bariha.

The BJP, however, justified the I-T raids. BJP state general secretary Prithviraj Harichandan said: “It is unfortunate that some people are opposing I-T raids. Should the investigating agency probing into different crimes wait for the election to be over? The IT conducts raids as and when they get confirmed information regarding irregularities.”

The I-T department raided the residences of three businessmen with CRPF jawans engaged for security. The CRPF jawans were brought from neighbouring Chhattisgarh for raids, police sources said.

A three-member team of Padampur police led by local SDPO Bibhuti Bhusan Bhoi visited the residence of Md Sajid at Bahidarpada after an advocate complained to the Padampur police station.