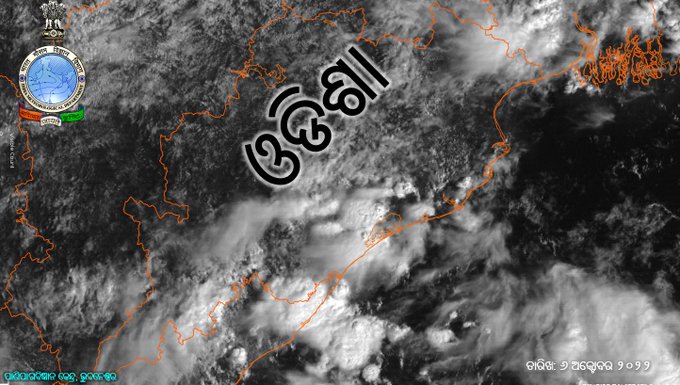 Bhubaneswar: Odisha continued to experience an overcast sky with rain at some places in coastal districts of the state on Thursday under the influence of a low pressure, which has become less marked over the west-central Bay of Bengal and adjoining Andhra Pradesh.

Notably, the MeT office had issued a yellow warning for heavy rainfall (7 to 11cm) at isolated places in Gajapati, Ganjam and Puri during the next 24 hours.