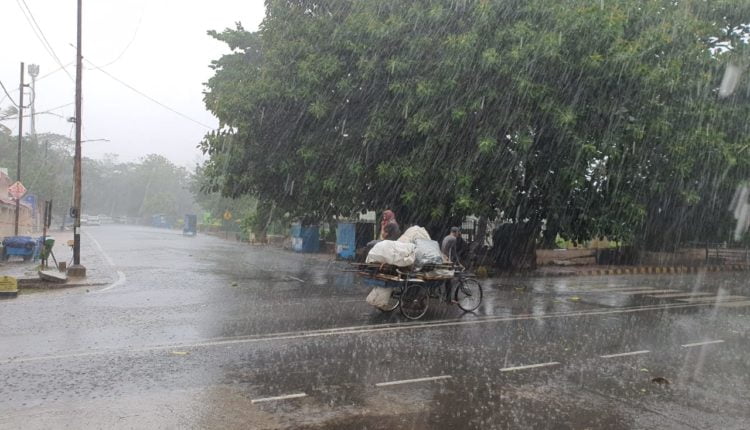 The roads wore a deserted look, thanks to the lockdown. The handful people on the roads, most of whom were either cops on duty or those out for vaccination and permitted office-goers, were caught unawares.

With the rain came power disruptions hitting the panic button among those working from home.

Meanwhile, the IMD has predicted more rain for the city in the next two days under the impact of East-West trough that runs from the above cyclonic circulation over southeast Madhya Pradesh and neighbourhood to Assam across Jharkhand and Gangetic West Bengal above mean sea level.

That apart Bhadrak, Jajpur, Kendrapada, Jagatsinghpur, Cuttack and Khurda are also likely to witness rainfall till 8.30 am of Friday.

Similar conditions are likely to prevail over the districts of
Keonjhar, Mayurbhanj, Balasore, Bhadrak, Jajpur, Koraput, Malkangiri, Gajapati and Rayagada from May 14 to May 15 morning, the IMD stated in its bulletin. 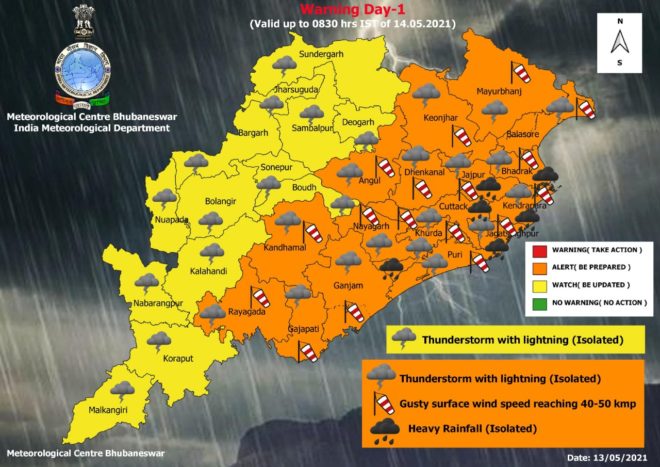 The maximum temperature in Bhubaneswar on the day was recorded at 36 degree Celsius.

The Special Relief Commissioner has advised the district heads and other senior officers concerned to closely monitor the weather and move people to safety wherever necessary.

Don’t Be An ‘IDIOT’ Say Doctors, Warning Against Self-Medication For COVID Treatment