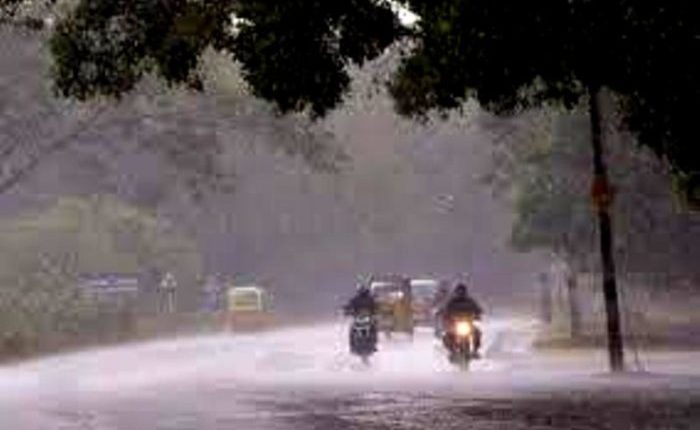 Bhubaneswar: The regional centre of India Meteorological Department (IMD) has issued orange warning for five districts in Odisha till 1.20 pm on Saturday.

Light to moderate rain/thundershowers with one or two intense/ heavy spells of rain are likely in some parts of the districts of Kandhamal, Sundargarh, Nuapada, Balangir and Nabarangpur during the next three hours.

The MeT office has warned about waterlogging in low-lying areas, occasional poor visibility and traffic disruption in urban areas.

Yellow warning for light to moderate rain/thundershowers has also been issued for the remaining districts of the state.

It is pertinent to mention here that the deep depression is likely to move in a west-northwest direction over north Odisha, West Bengal and Jharkhand before moving towards north Chhattisgarh in the next 24 hours and weaken gradually.