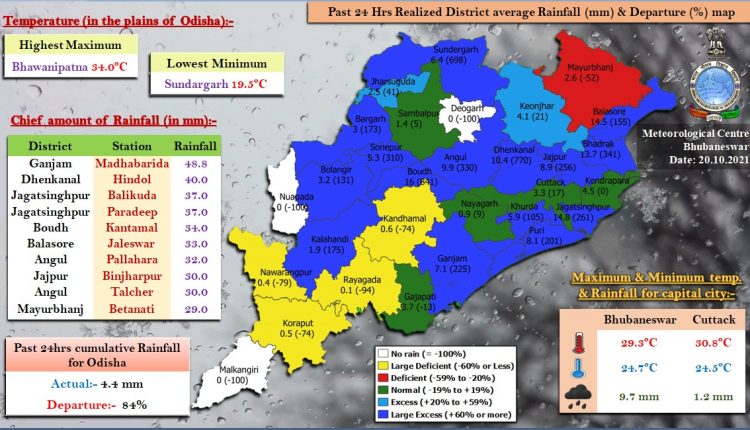 Bhubaneswar: Conditions are becoming favourable for further withdrawal of southwest monsoon from remaining parts of Odisha around October 23 and dry weather will prevail over the state from October 22, the India Metrological Department (IMD) said on Wednesday.

How Did Vicky Kaushal Get These Scary Scar Marks?