Rainfall Deficit A Worry For Farmers In Odisha’s Koraput 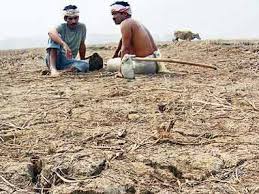 Koraput: Farmers in tribal-dominated Koraput district are worried about the deficit rainfall in July for which a drought-like situation looms over the region.

Several farmers in the district have complained about the damage to crops due to high level of humidity. The cultivation has also been affected due to the scarcity of rainfall. The rain deficit in the month of June has hit the farmers hard and the prediction of rainfall shortage in July casts doubt as to what will happen to their crops if the situation continues.

One of the farmers Padmanava Jani said, “Koraput district has received less amount of rain in June as compared to previous years due to the late coming of the monsoon and irregularity in the rainfall.”

“There is a water shortage for developing paddy seedlings on hectares of land,” he added.

COVID-19 Vaccine: AIIMS To Start Human Trial Of Covaxin From Next Week