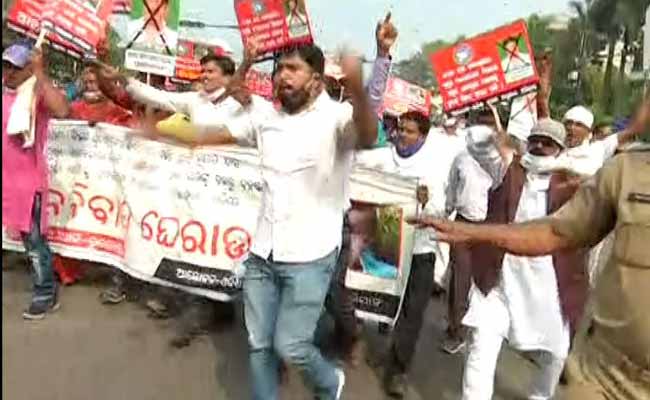 Bhubaneswar: Activists of the Odisha Jana Soochana Adhikar Abhiyan took out a rally on Monday to demand the arrest of BJD leader Atanu Sabyasachi Nayak for his alleged involvement in the murder of RTI activist Ranjan Kumar Das in Kendrapada district.

The activists were marching towards Naveen Nivas (the CM’s residence) to gherao it, but were stopped by police near Sishu Bhawan Square. This resulted in a scuffle between the protesters and police.

The activists alleged that Das was murdered at the instance of the BJD MLA and he should be arrested.

They also demanded the ouster of Kendrapada SP for allegedly shielding the BJD leader.

The body of Das bearing multiple injuries was found near Baruan village under Marshaghai police limits in Kendrapada district on February 2.

The activist had raised his voice against illegal sand quarries, brick kiln owners, some NGOs and district officials and an alleged illegal construction of a tourist resort by the Odisha Tourism Development Corporation (OTDC) in Bhitarkanika National Park.

IFFI Will Be Organised In A ‘Hybrid Manner: Prakash Javadekar