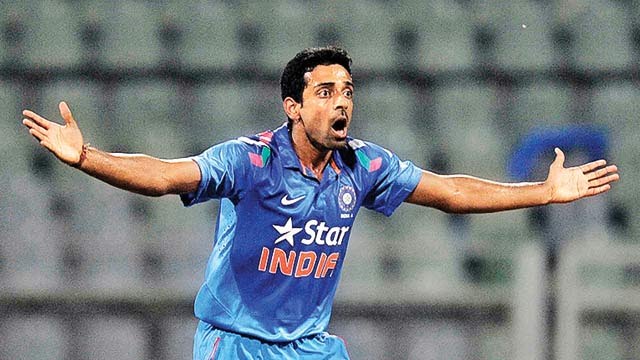 After Prithvi Shaw’s ton in the first innings, Mumbai pacers delivered their best to secure a 144-run first-innings lead at the KIIT Stadium in Bhubaneshwar against Odisha. Odisha succumbed to the pressure was scored just 145 runs in the first innings.
Dhawal Kulkarni, Shardul Thakur and Abhishek Nayar took seven wickets between them, while left-arm spinner Vijay Gohil mopped up the remaining three. Kulkarni and Thakur had reduced Odisha to 2 for 4 within three overs.
Santanu Mishra and Biplab Samantray struck a 93-run fifth-wicket partnership. Samantray went on to score almost half his team’s runs and remained unbeaten on 72. Mumbai lost three quick wickets, including that of Prithvi Shaw, who struck 46 of the 58 runs scored by them. Ajinkya Rahane bagged his first duck for Mumbai since November 2008. By stumps, Mumbai had stretched their lead to 202. They had began the day on 264 for 6 in their first innings but were bowled out with the addition of only 25 runs. Seamer Basant Mohanty finished with four wickets.