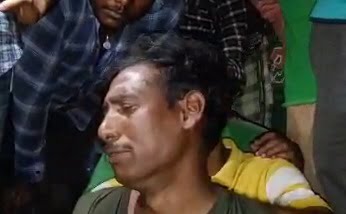 Paradip: Two months after being on the run, an accused in a rape and murder case in West Bengal was arrested from a slum in Paradip in Jagatsinghpur district on Monday night.

The accused was identified as Sunil Mondal.

Notably, Hemnagar police in Bengal had recovered the decomposed body of a woman of Jogeshganj village in North 24 Parganas district on January 6.

In the course of investigation, police found that the woman was raped and then murdered. Police zeroed in on Mondal as the prime accused, but he was absconding.

Acting on a tip-off, a team of Bengal police reached Paradip. This team along with Paradip police caught Mondal from a house at Jardarpada.