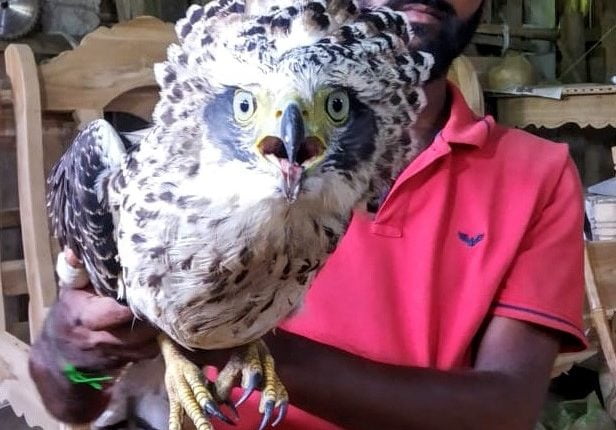 Angul: A rare eagle was rescued in Angul district on Monday. The eagle was spotted at the resident of one Abina Rout in Kusasingha village.

In a bid to rescue the bird, Rout informed snake helpline member Aditya Behera. Following this, Aditya and his associate Sanjay Behera reached the spot.

Behera identified the bird as of eagle species named “Crested Serpent Eagle”. This species of eagle is a reptile eater. It has been observed to prey all kinds of reptiles and snakes.

The International Union for Conservation of Nature (IUCN) has described the species as an endangered one.

Later, it was carefully rescued and safely released to its natural habitat.