Rare photographs of Odia film music to be unveiled tomorrow 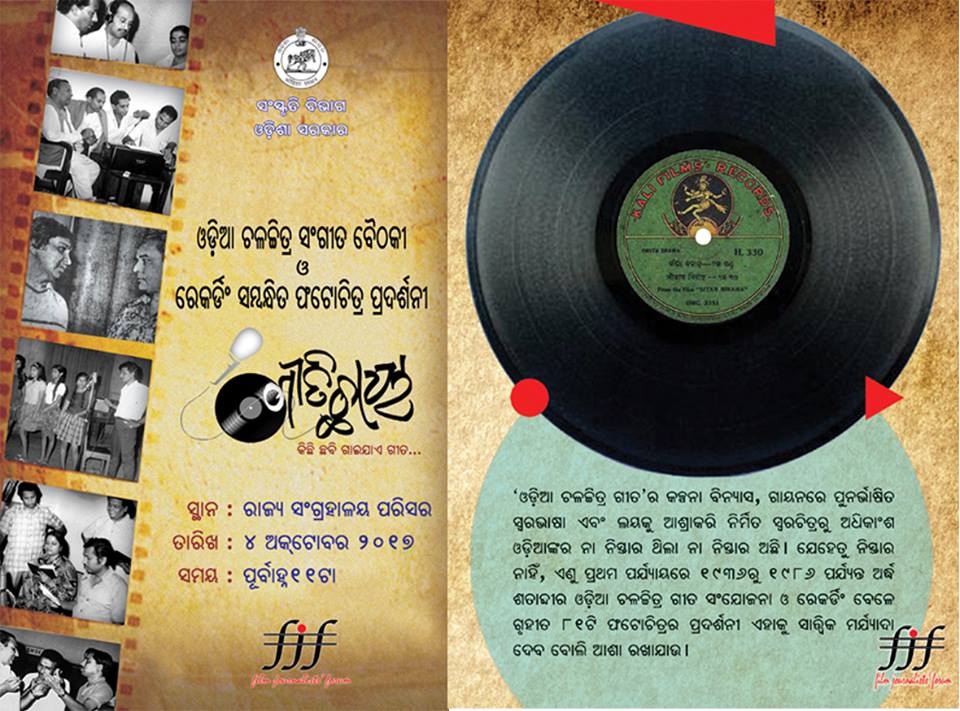 Bhubaneswar: ‘Geeti Chhaya’, the first-ever photography exhibition chronicling the evolution of Odia film music up to 1986, will be unveiled at the State Museum here on Wednesday.

The exhibition is being organised by Film Journalists Forum (fJf) in association with Odisha Government and Department of Culture.

Marking 81 years of Odia cinema, 81 rare photographs clicked during music recordings of films between 1936 and 1986 will be showcased during the 15-day exhibition.

“To give proper caption by identifying the artistes in the photographs was the most difficult task. The photographs will refresh memories of our great singers, musicians, music composers, directors, producers and film personalities,” said fjf founder and film researcher Surya Deo.

The exhibition will continue till October 19.

The forum had put up on display a rare collection of film posters ‘Chhaya Pratichhaya’, tracing 80 years of Odia cinema, at the State Museum last year. Among the posters was that of the first Odia film Sita Bibaha released in 1936.

Sangam Cinema In Odisha’s Cuttack To Reopen On This…