Rare Planetary Conjunction In Skies From Today, They Will Align Again In 2040 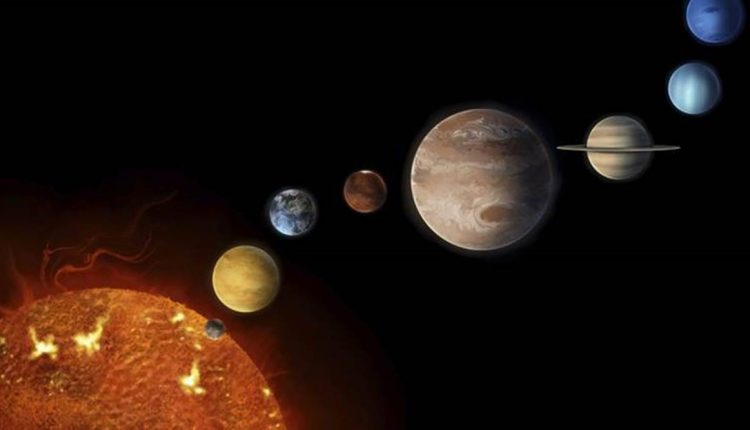 New Delhi: Five planets will form a rare conjunction in the skies from Friday in one of the rarest celestial events to occur. Mercury, Venus, Mars, Jupiter, and Saturn will align together. Stargazers will get a unique opportunity to see five planetary bodies in the skies from Earth at once.

This will not happen again till 2040. The last such planetary conjunction of five planets happened in 2004, India Today reported.

Since the planets orbit the Sun in a single plane, they will all appear to be lined up one after another in the sky above Earth. However, they will all be separated by billions of kilometres rotating in their own unique orbits. While the conjunction began today, it will continue till Monday and will be best visible in the wee hours before and after sunrise.

Who can see the sight and how?

For residents living in the Northern hemisphere, the rare planetary conjunction will be best visible between 45 and 90 minutes before sunrise. Take a high spot and look towards the east, very close to the horizon. The critical thing is to wake up early before sunrise to see the event with naked eyes, as the moment the sun comes up it will obscure the appearance of the planets, according to the report.

While Mercury will appear nearest to the Sun, Venus will be the brightest along with Jupiter, while Mars will look reddish. The alignment has been happening since June 10, when Mercury started appearing above the sunrise point, slowly separating itself from the sun.

Moon as the guide

The Moon could be taken as a guide to locate the planets. According to experts, the lunar body will pass Saturn on the 18th, Jupiter on the 21st, Mars on the 22nd, Venus on the 26th, and Mercury on the 27th.

Automobiles Will Get ‘Star Ratings’ Based On Performance In Crash Tests: Gadkari