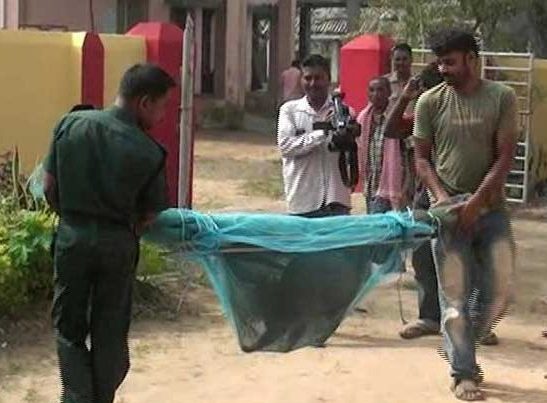 Puri: A local fisherman rescued a rare fishing cat, also known as ‘Prionailurus Viverrinus’, which had got entangled in a fishing net at Krushnaprasad block of Puri district.

According to media reports, Amulya Pradhan spotted the wild cat while fishing in Chilika with his son. “It was struggling in the net. We pulled it on to our boat and informed the Forest officials,” he said.

It might have got trapped in the fishing net while searching for food, he added.

The wild cat has been released into the forest, the reports added.

Odisha Literate But Not Well Educated!