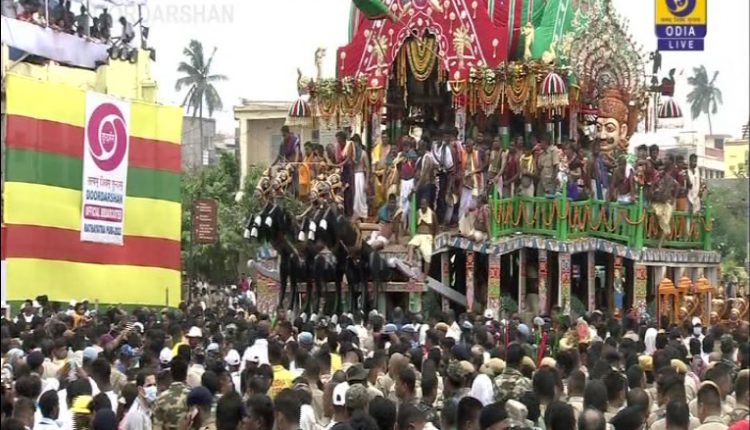 Puri: Lord Balabhadra’s Taladhwaja rolled on Bada Danda, teeming with devotees, as pulling of the chariots began amid chants of “Jai Jagannath”, “Hari Bol” and the clanging of cymbals at the pilgrim town of Puri at 12.40 pm on Friday, almost three hours ahead of the scheduled time. 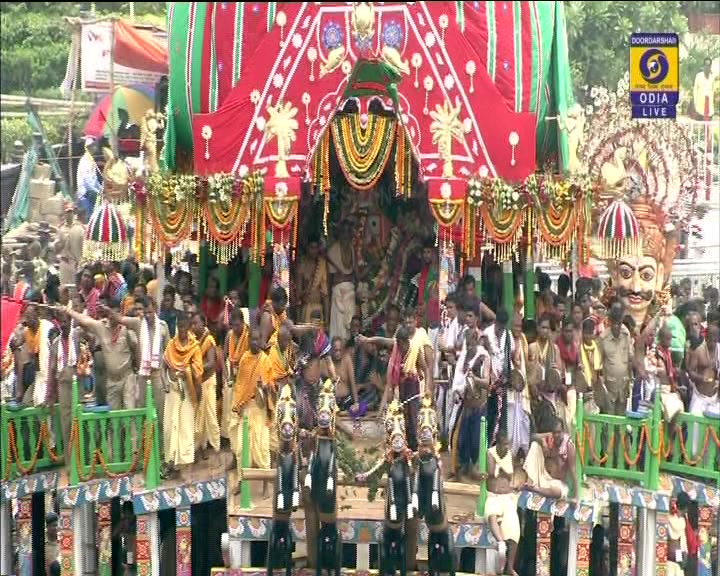 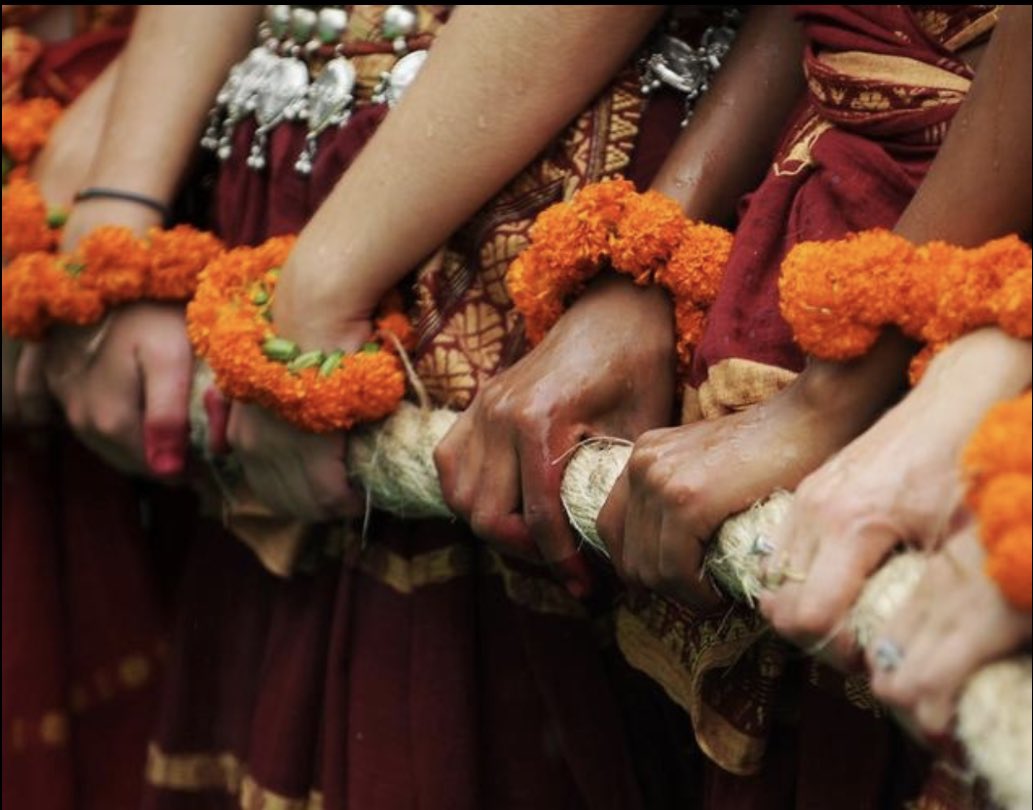 Thereafter, Darpadalana chariot of Devi Subhadra and the Nandighosa chariot of Lord Jagannath were pulled by devotees, after a hiatus of two years owing to COVID protocols, towards the Gundicha Temple, around 3 km away from Srimandir.

The rituals for Rath Yatra began early in the morning with Mangala Aalati, followed by Mailama, Tadapa Lagi,  Abakasha, Gopal Ballava, Sakala Dhoopa and Ratha Pratishta. The Lords were then brought to the chariots in Pahandi Bije. The Chita Lagi ritual was then conducted. 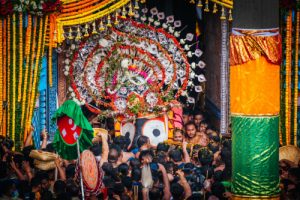 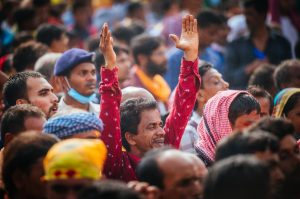 Shankaracharya Swami Nischalananda Saraswati paid obeisance to the sibling deities on their chariots. As per the protocol, the Shankaracharya moved from one chariot to another, accompanied by his disciples and servitors. While one person moved ahead of the seer sprinkling sacred water, the three others stood guard in three different directions. This is because no one can touch the Shankaracharya as he is considered as an incarnation of lord Shiva. 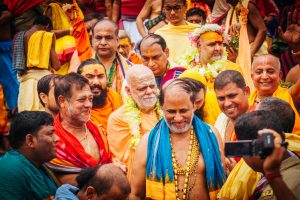 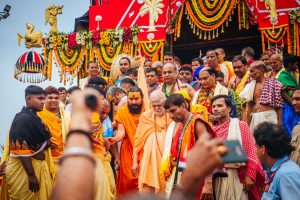 Puri Gajapati Maharaja Dibyasingha Deb arrived in ‘Tamjan’ (a palanquin with a hood) in a procession from his royal palace. He was escorted to the chariots by the servitors. He then conducted the Chhera Panhara ritual using a broom with a gold-plated handle as servitors sprinkled water on the chariots. 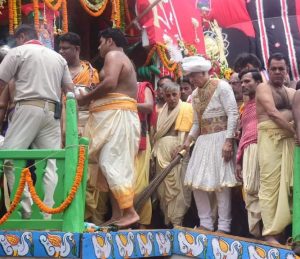 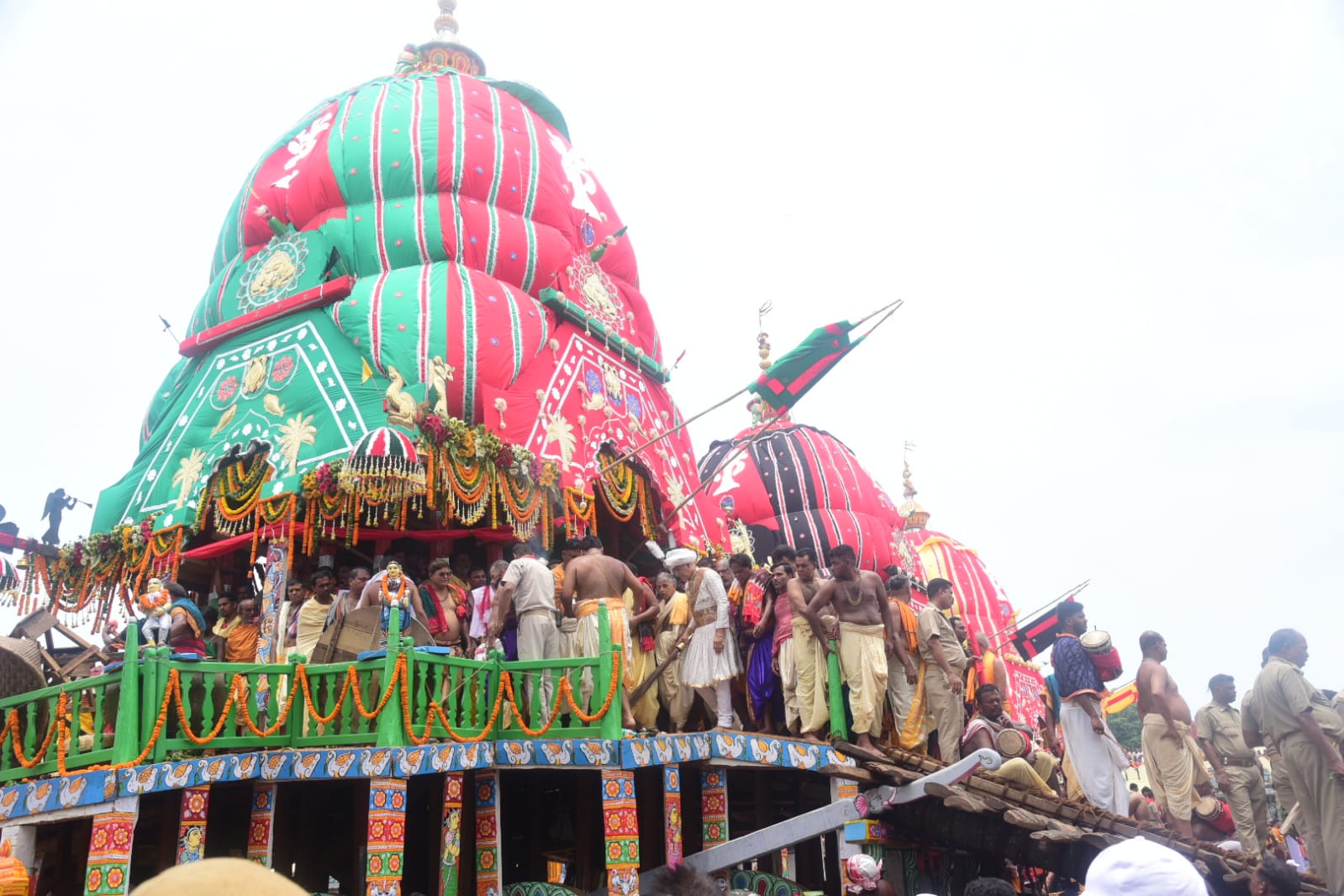 After completion of the ritual by 12 noon, the servitors then removed the Charamala (wooden ladder) and put up the wooden horses on the chariots for the Lords to embark on their nine-day annual sojourn. 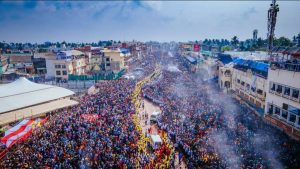 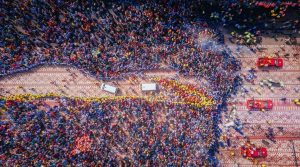 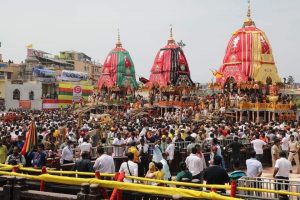 More than 180 platoons of armed police personnel, including 1,000 officers of various ranks, are deployed in and around Puri while around 50 CCTV cameras are fitted in Grand Road and other places in Puri to ensure the safe conduct of the festival.