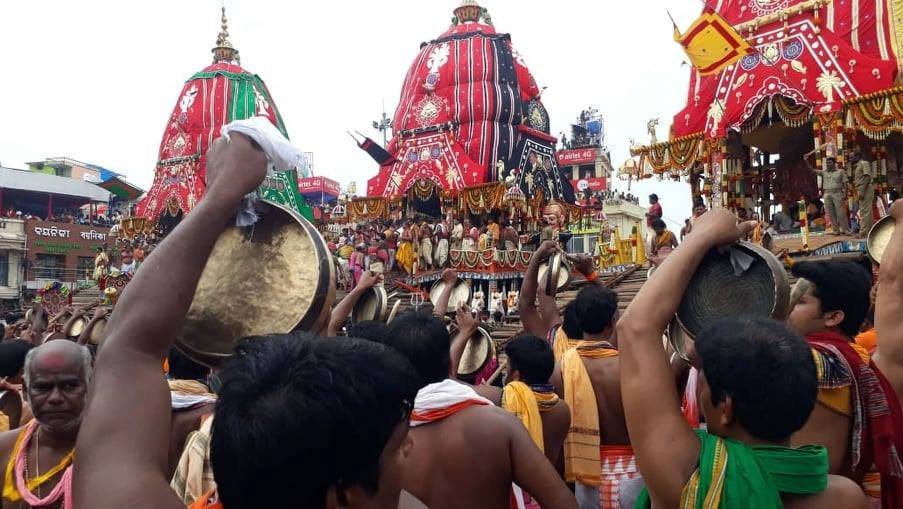 Puri: Police have made elaborate traffic arrangements in view of the massive footfall of devotees during Rath Yatra on Thursday.

The entire Puri town has been divided into 10 zones with each under the charge of a deputy commandant or an officer in the rank of Additional SP.

To regulate the movement of vehicular traffic, Puri Police have issued an animated route chart during Rath Yatra, Bahuda and Suna Besha of the Lords.

The parking areas for four-wheelers coming from Bhubaneswar have been earmarked at Talabania, Bhudan Chhak, Indoor Stadium and ITI premises. On their return, they will pass through Balighat and Biraharekrushnapur.

The two-wheelers coming from Bhubaneswar will be diverted from Malatipatpur and allowed to enter the town via Batagan and Mangala Ghat and parked in the Old Jail area, Jagannath Ballav and Masani Chandi Chhak. On their return from Puri, the two-wheelers will pass through Jatia Baba Chhak, Atharanala and Malatipatpur.

The four-wheelers coming from Brahmagiri and Konark will be parked at Mangala Ghat and Talabania.

The district administration has also engaged 60 buses to pick up passengers coming in two and four-wheelers from the designated parking places.

To facilitate devotees from outside Puri, the state government will ply more than 200 additional buses.

Besides, to avoid the extra rush of the passengers, Railway authorities have introduced 194 special trains to Puri from different locations in the country.

Economic Survey Tabled In Parliament; What You Need To Know

Rath Yatra: Where To Park Your Vehicles In Puri