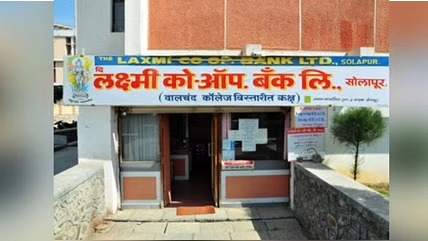 New Delhi: The licence of The Laxmi Co-Operative Bank has been cancelled due to lack of adequate capital.

According to the Reserve Bank of India (RBI), Laxmi Co-Operative Bank, with its current financial position, would be unable to pay its present depositors in full and public interest would be adversely affected if the bank is allowed to carry on.

The Laxmi Co-Operative Bank Ltd was established in Maharashtra’s Solapur on June 6, 1929, by a group of successful advocates.

“The Reserve Bank cancelled the licence of the bank as the lender does not have adequate capital and earning prospects and the continuance of the bank is prejudicial to the interests of its depositors,” RBI said in a statement.

Upon liquidation, every depositor will be entitled to receive a deposit insurance claim amounting up to Rs 5 lakh.

“On liquidation, every depositor would be entitled to receive deposit insurance claim amount of his/her deposits up to a monetary ceiling of Rs 5 lakh from Deposit Insurance and Credit Guarantee Corporation (DICGC) subject to the provisions of DICGC Act, 1961,” the central bank stated.

Around 99% of the depositors in the bank will be entitled to receive the full amount of their deposits.

Man Saves House From Getting Robbed With Bluff In Bhubaneswar; Know How