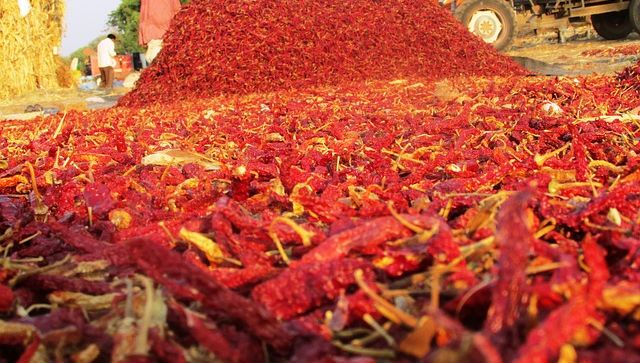 Bhubaneswar: As claimed by local farmers so far, the red chilli of Kuchinda in Odisha’s Sambalpur district has been found to be better than those with GI tag in the country by the Spices Board of India affiliated SGS lab recently.

With administrative initiative for obtaining Geographical Indication (GI) tag for Kuchinda chilli lacking, the Odisha Rural Development and Marketing Society (ORMAS) had sent some samples to the the Spices Board affiliated SGS lab for testing. As per the SGS lab report published recently, the Kuchinda chilli is far superior than those with the GI tag in the country in terms of pungency and other characters.

“We had sent some samples of Kuchina chilli to the SGS lab in Kochi and the results are encouraging. Its pungency and other qualities are far better than other chillies,” a local TV channel quoted secretary of the Kuchinda Regulated Market Committee (RMC), Manoj Mahanta as saying.

The chilli, produced by the farmers in Kuchinda has failed to get its due importance in national and international market despite its quality due to lack of marketing facilities and patronage from the state government since long. Cultivated as a cash crop by the farmers in the area devoid of irrigation facility, the hot vegetable used to have high demand with traders from neighbouring states procuring it.

With other states like Andhra Pradesh and Rajasthan patronising the farmers for chilli cultivation, their products like Guntur chilli occupied the national market. Now, armed with SGS report, the RMC can hope to get the GI tag for Kuchinda chilli, popularly known as ‘Bamra chilli’, and sell it to international buyers.

“We had sent the test report to some of the major export companies who agreed to buy from us provided we produce it in mass scale to cater to international clients,” Mahanta added.

Former Kuchinda MLA, Rabi Narayan Naik pinned hope on the GI tag terming it as the right opportunity to expand the market. “The GI tag would definitely be helpful for farmers of the area as it will ensure export of their produce for sale in international market,” he said.