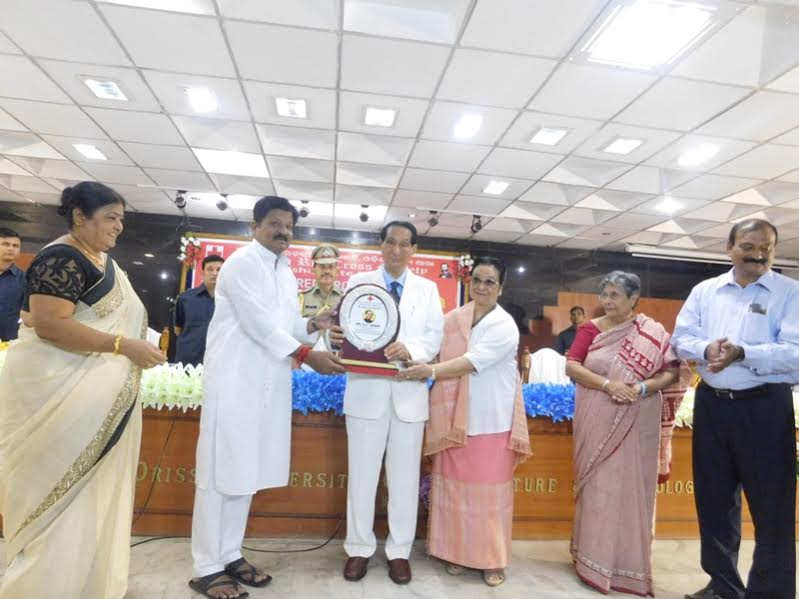 Bhubaneswar: Indian Redcross Society, Odisha State Branch, on Monday celebrated the World Red Cross Day to commemorate of the great philanthropist Jean Henry Dunant, founding father of the Red Cross. This year the Theme of World Red Cross Day was “Everywhere for Everyone”.

On this occasion, the state-level Function was organized at Odisha University of Agriculture Technology, Bhubaneswar. Governor S C Jamir, who is president, IRCS-OSB, presided over the function. He said Red Cross plays big role in the life-saving events, assisting the vulnerable people and wished Red Cross will work more closely with the people in the years to come to keep Odisha safe and to mitigate those emergencies that may occur in the future by mobilizing the power of humanity.

Health and family welfare minister Pratap Jena, who is also chairman of the working committee, IRCS-OSB, said humanitarian activities of Red Cross are praiseworthy and added Red Cross is always present everywhere, serving the vulnerable people at the time of need.