Undoubtedly, Rishi if we take Bollywood. He came. He saw. He conquered. Not one but a billion hearts in India, and across the globe. If one thinks of Bollywood and romance, the first face that unmistakably comes to the mind is Rishi Kapoor. No doubt, he was a versatile actor. However, like Amitabh Bachchan is the quintessential ‘angry young man’ of Hindi cinema, Rishi Kapoor is the trendsetter ‘chocolate boy’, who has definitely been a huge inspiration for other romantic heroes like the Khans, Kapoors and other actors of the younger generation. Romancing heroines for over four decades with an undeniable charm, can anyone in Bollywood deny the influence of Rishi Kapoor on their onscreen romance?

Romantic camaraderie of Rishi in the 70s 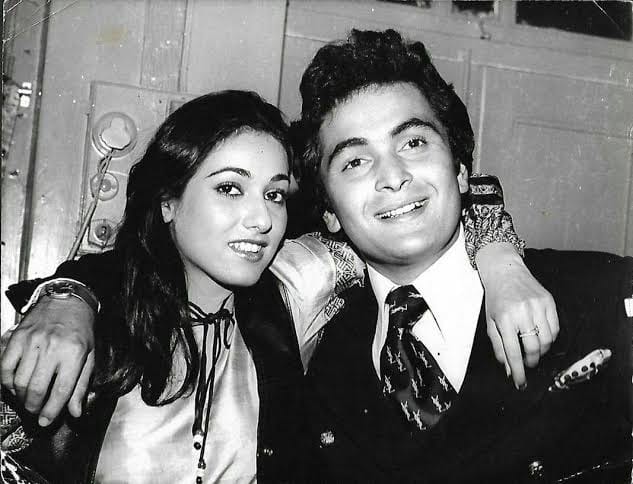 The vulnerable 16-year-old Bobby (Dimple Kapadia) could not help but succumb to the charming overtures of Raj. It was not Bobby alone. When the 20-year-old Rishi appeared on the silver screen for the first time in 1973 in ‘Bobby’, ladies instantly lost their minds and hearts to the fair boy with dimple cheeks and rosy lips. Many fantasized being ‘ek kamre mein bandh’ with Rishi and ‘chabbi kho jaye’. When Rishi’s ‘nainon ke bhool bhulaiye mein Bobby kho jaye’, so did many Indian women; they lost their senses to his charismatic eyes. The movie became a trendsetter of teenage romance, and no looking back, Rishi became a trend setter of Bollywood romance. Rishi’s chemistry with Dimple became a hit. Further in the 70s, he went on to be paired with other actors like Mousumi Chatterjee (1974) in ‘Zahreela Insaan’ Neetu Singh (who later became his wife) in ‘Khel Khel Mein’ (1975), ‘Zinda Dil’ (1975), ‘Rafoo Chakkar’ (1975), ‘Kabhie Kabhie’ (1976) and ‘Doosra Aadmi’ (1977), Ranjeeta in ‘Laila Manju’ (1976), Parveen Babi in ‘Rangila Ratan’ and others. 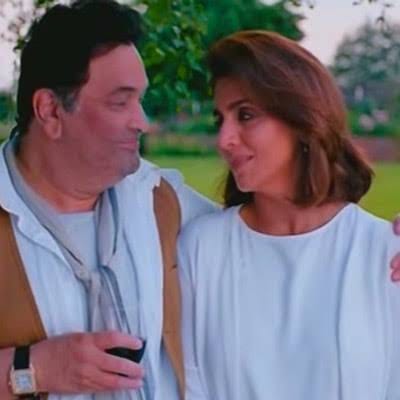 The 1970s was the time of Rishi’s onscreen chemistry with actor Neetu Singh that later on turned into real life romance. The most prominent of the Rishi-Neetu chemistry emerged in Yash Chopra’s ‘Kabhie Kabhie’.  Sharing the screenspace with an icon like Amitabh Bachchan might not have been easy for the then 23-year-old Rishi Kapoor. The Kapoor surname could have given him the confidence but his merit and talent outweighed the tag. Love of Vicky (Rishi) for Pinky (Neetu Singh) is not just that of a hot-blooded young man; he is full of compassion and concern. Vicky follows Pinky when she goes in search of her biological mother though Pinky had asked him not to come. Vicky is afraid Pinky might get scarred for life at such a phase, and a warm, loving Rishi reaches Pinky out of nowhere and comforts her with a tight hug when she breaks down after seeing her real mother. Rishi is that kind of lover who looks good and stands like a pillar of support for his lady love. No wonder, Sweetie falls in love with the irresistible Rishi too! Everyone wanted to woo the young handsome man with boyish charms.

Romantic spark of Rishi in the 80s

“Tu to hai wahi, dil ne jise apna kaha…” became the calling of Rishi in the 80s. The dream of almost every director who planned for a romantic comedy, Rishi became effortlessly endearing. In the 80s, we see the chocolate boy amorously engaging with leading ladies like Padmini Kolhapure, Tina Munim (later Ambani), Poonam Dhillon, Farah Naaz, Moushumi Chatterjee and Sridevi, among others. Romance came as easily to Rishi as breathing. 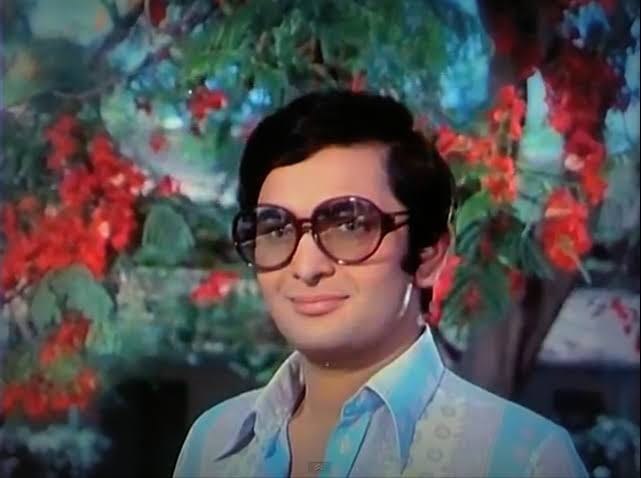 We can’t help remembering the movie Bobby again when we find Rishi serenading Dimple with a guitar humming “…Sagar jaisi aankhonwali, yeh toh bataa tera naam hai kya…!” in Sagar (1985). But Karz gained more prominence in Rishi’s romantic career in the 80s. The deewana (Monty) in “Ek Hassena tha, ek deewana tha, kya umar, kya shama, kya zamanna tha…” in Karz (1980) is unforgettable. In a love story of reincarnation, murder, revenge and supernatural thrills, Rishi reigns high and lends credibility with his convincing acting prowess into an otherwise unbelievable storyline. ‘Prem Rog’ (1982) launched Rishi as an unconventional lover named Devdhar who dared to defy societal norms and fall in love with a widow. No one can forget the innocent vulnerable expressions of a dejected Devdhar (Rishi) in the song “Yeh galiyam yeh chaubara, yahan ananadobara…” where Manorama (Padmini Kolhapure) is dancing in a baby pink with a doll-like countenance. The expressions of an unreciprocated love could not have been better than that portrayed in this song by Rishi. The pure love of Dev and Manorama won innumerable hearts. Undoubtedly, Prem Rog was ranked as one of its top ten ‘most romantic films ever’ by Cosmopolitan magazine.

Sridevi-Rishi chemistry was much noticed in films like Chandni (1989) and Nagina (1986). Every time we see Rishi canoodling a leading lady onscreen, we feel the equation could not have been better, but each time, he proves us wrong. He got better. Every lady was at ease in his arms. When Rohit (Rishi) hums “Chandni, O Meri Chandni..” and sprinkles red rose petals from the helicopter, many hearts would have melted envisioning such a charismatic lover. Though the film focused on the titular Chandni, the audience could not ignore the all-encompassing, passionate lover Rohit, who overcomes his disability with lot of effort just to be with his Chandni. Nagina became the second highest grossing Indian film of 1986, minting Rs 13 crore at the box office. Apart from the outstanding performance of Sridevi, a big onus of the success goes to lover boy Rishi who is charming enough to woo a snake-lady too!

Rishi’s Romantic overtures in the 90s

The 1990s established Rishi as a mature lover with his chocolate boy image metamorphosing into a teddy bear who loved to wrap his pouch in a sweater in most films. Nevertheless, his romantic appeal persisted. His weight-gain never affected his handsome face and excellent acting. From 1990 to 1999, he has appeared in 30 films and most of those belonged to the romantic genre. We witness Rishi’s onscreen clandestine meetings and running around trees with stars like Juhi Chawla, Madhuri Dixit, Divya Bharti, Meenakshi Sheshadri and Sridevi, among others. 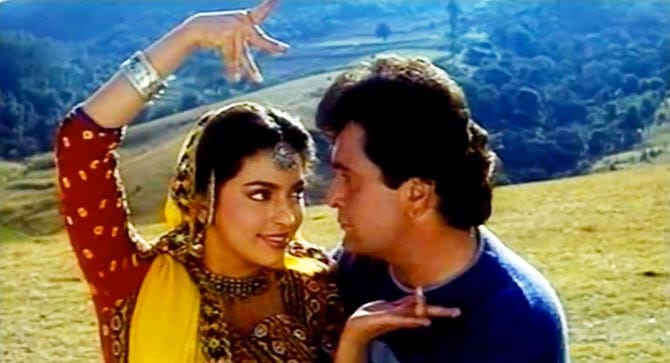 Though movies like Damini (1993) and Deewana (1992) also included a younger actor like Shahrukh Khan and Sunny Deol, Rishi was unruffled by the risk of shift in limelight. He continued to stay put with his romance.  He was equally comfortable in his onscreen romance with a 30-year-old Meenakshi in Damini to an 18-year-old Divya Bharti in Deewana. At the age of 39, Rishi could still spot those blushes and that smitten-by-love look of a teenager. If eyes could speak, maybe those were his. He could get wet in the rain and flirt with his eyes with Kajal (Divya) and run around open spaces, court Damini (Meenakshi) near the fountains in parks and under the stars with poise and grandeur.

The camaradie of Rishi with Madhuri had a unique appeal. Their ‘Prem Granth’ (1996) though a commercial failure echoed Prem Rog in many ways. Yet again, Somen (Rishi) emerged as a compassionate lover of a lower-class rape victim Kajri (Madhuri). Somen here emerges as the sensitive lover who is not even mildly reluctant to marry a rape victim in a largely patriarchal society that looks at rape victims as sinners.

Rishi’s amorous adventures in the millennium 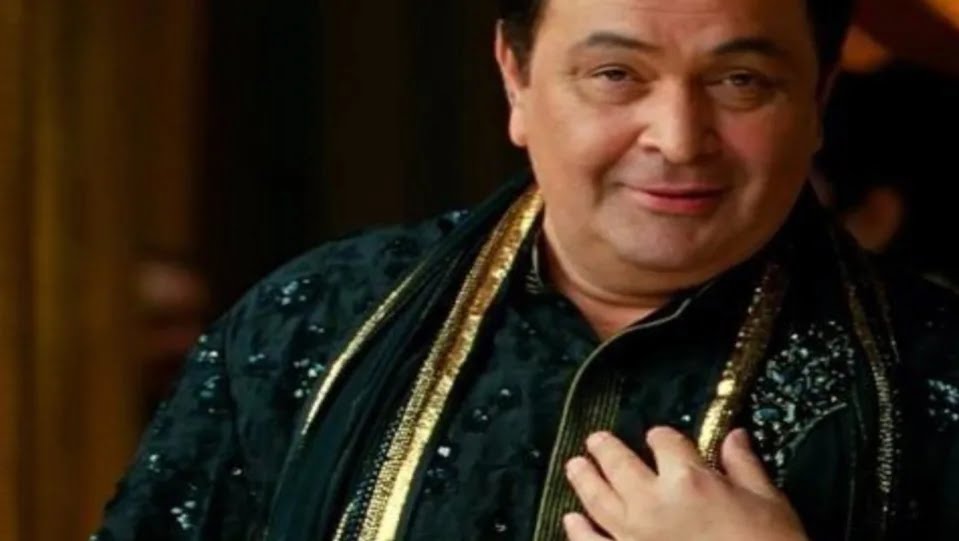 ‘Student of the Year’ (2012) sees new age Rishi Kapoor as a new age gay lover of Ronit Kapoor. Yogendra Vashisht (Rishi) is the eccentric, whimsical, lustful, romantic and charming principal dean who believes in ever-lasting love, but is unable to receive it. ‘Do Dooni Char’ (2010) saw the comeback of the popular pair Rishi-Neetu on the silver screen. Again, Santosh Duggal (Rishi) won hearts of his audience by the simple love of a schoolteacher for his wife Kusum (Neetu).  ‘Jab Tak Hai Jaan’ (2012) again sets the hit pair in a cameo but highly loveable role. Neetu plays Meera’s mother who had abandoned her in childhood for her love Rishi. The chemistry of Rishi-Neetu is so beautiful here – so pristine and heartfelt in Yash Chopra’s swan song. Who can forget the famous dialogue delivered by Rishi in his ‘shayarana andaz’: “Har ishq ka ek waqt hota hai, woh hamara waqt nahi tha, par iska yeh matlab nahin ki woh ishq hi nahi tha…!” Yash Chopra, famously known as the ‘King of Romance’ and Rishi Kapoor the ‘evergreen chocolate hero’ never failed to weave magic…every single time!

Rishi in Veer Singh Panesar in ‘Love Aaj Kal’ (2009) contrasts the old-world simple love as against the romantic relationships between the confused couples of the millennium. Veer Singh is a kind of ‘love guru’ who shows the path for the ever-confused Jai Vardhan Singh (Saif Ali Khan) and Meera Pandit (Deepika Padukone).

Veer’s pure love for Harleen Kaur becomes a torchbearer for the young lovers. From a sensitive lover boy to a reckless and irresponsible lover to a responsible husband and a guide in love, Rishi does it all – with an original flair and flamboyance!

Corona Diaries 48: Of The Wishlist, Adolescence & Growing Up Worries

They Called Each Other Brother: Sooraj Pancholi’s Mother On…