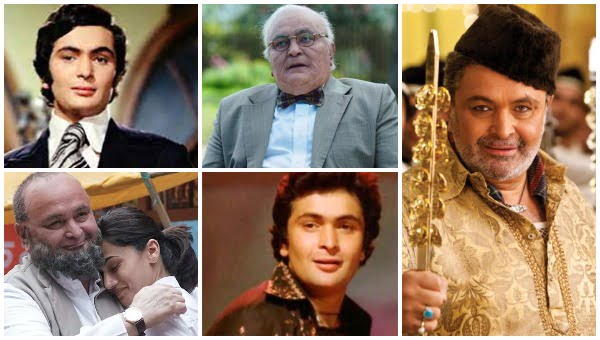 Rishi Kapoor, who started his career with Bobby as a romantic hero, swayed off the silver screen for decades with his iconic performances.  The actor, who lost a 2-year-long battle with cancer on April 30, 2020, would be forever remembered as one of the trendsetters in Hindi cinema.

While he made us fall in love as Raja in ‘Bobby’, we could not help but despise the filthy, drug mafioso Rauf Lala, which he played in ‘Agneepath’.

On his 2nd death anniversary, here is a list of five ‘must watch’ films of the actor:

The year was 1973 and it was two decades since the country’s independence. Rishi Kapoor’s perky performance as a “romantic hero” was a hot cake for the then audience, it even became a blockbuster in the Soviet Union and was among the top 20 grossing films at that time.

The once eternal lover sent a chill down the spine with his portrayal of Rauf Lala, the human trafficker, with kohl-rimmed eyes. Once reluctant to take up the role, Rishi Kapoor played the character with such flair that we could not but hate him. For the first time in his career, Rishi Kapoor prepared for a character and worked on his body language and acting style.

He was diagnosed with cancer in the same year the film opened in theatres. Through the character, Murad Ali, the film makes an attempt to squash widespread prejudice against Muslims in India and Islamophobia. Filmmaker Anubhav Sinha had claimed to have written the role for him and said that he made Murad Ali believable with his nuanced performance.

With this blockbuster, the reincarnation and revenge story, Rishi Kapoor proved that he can get into the skin of any character. The popular Dard-E-Dil song was reportedly picturised without a choreographer. The performance, which was widely hailed by critics, remains a cult even today.

Rishi bagged a Filmfare Best Supporting Actor Award for playing the 90-year-old grandpa, who is a bit of a pervert but with a zest for life, in Kapoor & Sons. The actor shone through the inch-thick prosthetic make-up because of which he had reportedly offered to quit the movie twice.

Reflecting on his films, Rishi had once said that he got a chance to act only in his second innings as an actor.