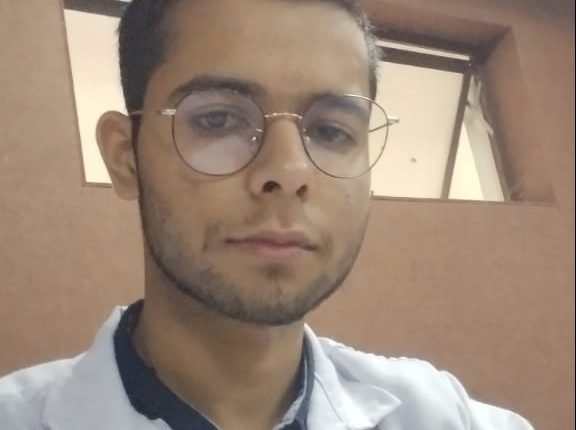 Bhubaneswar: Father of Nishant Kumar, the first-year MBBS student of Bhima Bhoi Medical College and Hospital (BBMCH) in Odisha’s Balangir district who died after falling off the roof of the hostel on April 22, has started a campaign seeking justice for his only son.

Tagging PMO India, Amit Shah, Odisha Chief Minister Naveen Patnaik and Haryana Home Minister Anil Vij, Kishan Kumar tweeted: “You are requested to please do the needful for getting justice to my only son Nishant Kumar, who lost his life at the age of 18 due to ragging at BBMCH, Balangir, Odisa (sic).”

In another tweet, he wrote that Nishant had qualified NEET in the first attempt with a good score. “Due to the carelessness of college, he faced severe ragging/torture and lost his life,” he added.

Nishant’s father had earlier alleged that he had been subjected to ragging since April 13, two days after he arrived at the college. He was so depressed that he committed suicide on April 22, he said, adding that “this act of compelling him to commit suicide comes under the category of ‘murder’. Blaming the anti-ragging cell of the institute, he requested Balagir Town Police to lodge an FIR against it for the carelessness leading to the death of his only son.

“A few hours before his death, he had a video call with his mother and was disturbed over being ragged every day. He told her that his seniors had asked him to welcome some outside students who had come to the campus that day by abusing them in the filthiest of language,” Kumar told the media.

His chat details with one of his friends revealed that the first-year students were subjected to 3-4 hours of ragging daily and there was a reign of fear.  The seniors forced the juniors to greet them. They were also not allowed to play or go to the park. Nishant had asked his parents not to lodge a complaint with the institute as he feared that the intensity of the ragging might increase thereafter.

A video clip, containing moments after Nishant reportedly fell from the hostel roof and died, later added a fresh twist to the death of the Haryana native. In the video, he was seen being taken to a parking area after the fall, where a person, believed to be a staff of the college, allegedly searches his pocket.

“They (medical college authorities) claimed they were checking his pulse but it appears inappropriate at that time. The video shows a different spot,” the deceased’s uncle said.