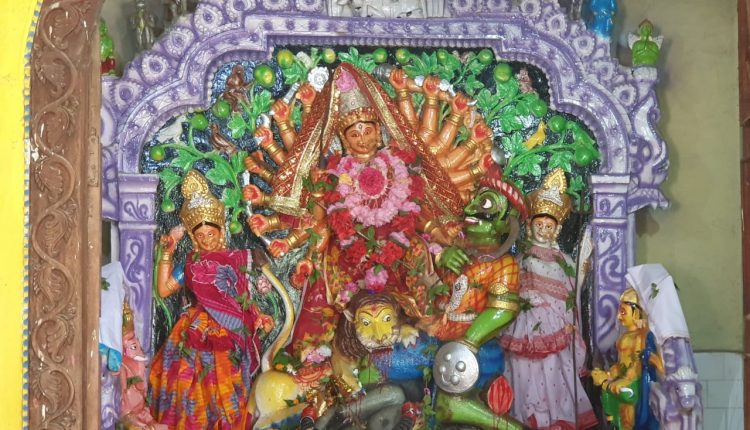 Balasore: The oldest known stone idol of Devi Durga being worshipped for centuries as the presiding deity is that of Mother Kanakadurga consecrated in Patripala panchayat of Remuna block of this district.

Founded by King Harigolam Das, the massive quarz stone idol of Kanakadurga with 18 arms, has been worshipped for generations with unique traditions and rituals specific to the shrine.

What makes the shrine special is the exclusion of animal sacrifice from its rituals. The worship of the Devi beginning  Mahalaya Amavasya till Dussehra Dasami (October 15) comprises Chandipuja, sacred rituals and Shodasha puja among others.

The speciality of the Devi temple is the presence of deities Lord Jagannath, Balabhadra and Devi Subhadra on the complex for which the shrine is called the “Sacred Srikshetra”. The lush gree canopy around the temple and the water body magnify the beauty of the ancient temple.